“My wife and I are completely debt free, and our business is debt free as well. Just with the NPE tools I was able to apply,” explains Evans Armantrading, owner of CNU Fit (pronounced seeing-you-fit), Dover, DE.

Evans is 2017 NPE Client of the Year for the PRO™ group. Evans is a military veteran who became a successful sales executive. In 2009, his employer went bankrupt. He struggled to find other work (especially work he felt passionate about). His house went into foreclosure and eventually had to be sold, he had $40k in personal debt, and his family expenses were increasing. He started training people in their homes, then got a small studio, and later a larger one. In the past three years, Evans has been part of three NPE programs.

In his story, he explains how with NPE’s help he boosted sales 30% in a 90-day period ($68,000 total) in the first program, increased his profits 24% in the second program, and has raised total sales and profitability in the third. “I am doing less work and making more money,” says Evans.

As she said, I’m Evans Armantrading. And I guess I took a little bit different of a journey when it came to fitness. So I’ll just run you guys through that a little bit and then talk about my journey here have a conversation really, about my MP experience. So for me, it started before. Like, I wasn’t really interested in fitness, I wasn’t the guy who was playing sports, I chase girls in high school. So fitness wasn’t really my thing. You know, I’m I like to eat. I’m Jamaican. You know, I’m the first one born in America. And I live my first five years there. So I love to eat oxtail, and curry, goat, and rice, and peas, and all those kind of things, you know. And so I wasn’t interested in fitness at all. But in 2009, I was doing sales in the company I worked for went out of business, I was making about 84 and a half thousand dollars a year. And there was like, hey, the gas prices went up. And so we’re going to close up shop, you know, this, I need to figure out what to do. Um, three months later, while I’m trying to figure out what to do, I fall asleep on a bridge and totaled my car. And, um, so that was interesting. You know, I got all these bills coming in, and now have no car. And so that was that was actually the picture from my, from my house looking down at the car. And you think that’s good enough. But a couple months later, I my house got foreclosed on. And this house was very emotional to me because at 21 I was able to sign off on my home. I felt like I was doing it, you know, I’m it’s 3500 square feet, four bedrooms, two and a half bathrooms, the double ceiling, the double foyer had the catwalk, my basement was 1500 square feet on half an acre. And you know, as a young person, your early 20s be able to walk in that kind of home. Like, you know, it was like yeah, and it was the truth. It was like, Yeah, and I loved it, you know, I could do cartwheels and somersaults in my bathroom. And, and, um, and now’s foreclosed, you know, and so I didn’t know what to do at the time, I was really under a lot of stress. There’s other variables happening, you know, my son got diagnosed with like, seven different food allergies, just out the blue. And, you know, something like, when you go from, like, $85,000 a year to remember walking, I didn’t know they did unemployment. You know, I’m just Jamaicans we just work multiple jobs, you know, so we didn’t know there’s unemployment. So someone’s like, go to unemployment office, and you’re like, Okay, cool, you’re a high earner. So you’re going to max it out, you get $226 a week. I was like, oh, my goodness, I have $40,000 of personal debt, not counting my mortgage, as well as it took $4,000 a month to support my home. So I was like, I gotta do something different. So I saw an ad about making money and I and I signed up and I you know, got my producer license this little Aflac for a little bit. And realize I’m not an insurance salesperson, you know, it was very morbid, telling people, you don’t qualify for this, you don’t qualify for that. And it was like the perfect storm that that occurred. Because I’m overwhelmed with all the things that are happening in my personal life. You know, I feels my responsibilities to protect, protect and provide for my family, to you know, supply the need and help. My wife’s a school teacher at our church. So they don’t make a ton of money and I just boasted the year before that I paid more taxes than she had made. Now we’re living off of that. And but it was awesome because my mentor said to me, Evans, and Baba, apply some new practices to my business. Why don’t you come and join us? You know, like, why don’t you like just work out with me and you know, learn how to you know how to get in shape. That was one piece the second component was so the first thing I needed to do something the second my coach in life he says, Hey, I’m doing some stuff and he worked out on switch the nigga loose rig No. I only knew Lou Ferrigno from the Hulk. I had no clue that you know that there was this environment of people who do fitness and, and I saw my brother with his shirt off. You know, our brother is four years younger than me, but we don’t look alike. He’s tall. He’s really good looking. got all these muscles and everything else. And we’re at a business conference. He’s rolling with my little brother. And I’ll never forget, he comes out the bathroom. He has water on him. And he has a towel around his waist. And he goes, do you have any aquifer? And I’m like, I’m gonna go lotion. And every insecurity I’ve ever had just showed up. I was like, I was like, dude, you gotta put a shirt on. My wife is right there. You know? Is it true? And my wife, you know, she was an athlete. She just got Hall of Fame in her college a couple months ago when my wife Like, it doesn’t bother me. 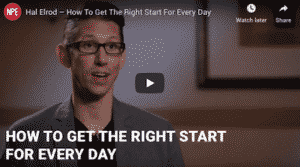 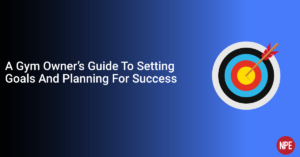 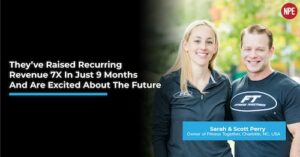 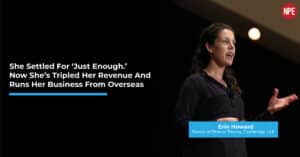