Jeff and Vern - From OK to Thriving in 3 Months

While Jeff and Vern’s business was OK before they started at NPE, they knew something had to change if they wanted to grow more. They were training their clients almost all of the time and felt like they didn’t have enough time or money to work on their business.

They joined NPE and realized that one of the main growth opportunities for their business was to upgrade the sales system so they can sell more.

They implemented AUTO-CLOSER®, and their close rate grew to 80% – right out of the gate, they closed 36 out of 40 consultations and one of their first personal training sales was for a year contract at $855/month.

At the end of their first three months of using this fitness sales system, their gross profit was $22,893 and the residual brought in from those three months was over $208k.

Watch this video and learn how Jeff and Vern took their fitness business to the next level.

Jeff Gauthier
Hello, my name is Jeff got here and my brother Vern is my business partner and we own fit for you health club here in Traverse City, Michigan. I’ll tell you a little bit about our background. We started our club, obviously, 20 years ago, and we started in about 2500 square foot, we were going to just run a personal training studio. But it just kind of started exploding on us. So we decided to run a full club. We moved around a few times, we finally found the location we wanted. So we purchased the building, it was about 12,000 square foot. We moved in there, ran that for a little while. And then about two years into it, we put on an addition, which put us into about 15,000 square foot. Now, as everybody knows, in the fitness business, we were doing very well. As far as month to month, we were able to pay the bills. We were employing about 12 people. So the business was going halfway decent. But I was always continuing to look for something different. I knew we were missing something. Now Vern and I were full on personal training. So we worked a lot in our business rather than on our business. That was when I came across this C four program by Sean Greeley. I look farther into it. And I found it to be something very interesting. So I get burned to agree to let’s get into this. We did a couple of webinars first to talk to Shawn and got introduced into it. And john explained it very well to us. We were very excited about it. So we decided to opt in. On our first visit, we went down to Florida and met with Sean Deke and chameleon. When we were in Florida, they really put us through the paces. They showed us a lot of stuff that we weren’t doing in business. They really kind of overwhelmed us. It was a pretty amazing weekend, they taught us a lot. There was one statement that Deke made to us. One morning, when we were having breakfast, he sat down with us. And my brother and I were going through everything that they were teaching us and Dick sat down. And we kind of told him that, you know, this is really overwhelming. And he said, the easiest thing to do is eat the elephant one bite at a time. So that’s what we decided to do. And we started into the C four program. One of the biggest things that really got us involved in that was auto closer, we thought that’s one of the things that we really needed was sales, we needed to figure out how to close better sales. So out of the C four program, we were really looking for auto closer. And that’s kind of where got us into it and got us really going. So as they came out with auto closer, I was going to be the first one to pull out a personal training and start doing selling in personal training. So when they started teaching us auto closer, I listened very closely, I followed directions. They were very clear on everything we needed to do. What they told me to do, I did anything they told me to memorize, I memorized even knowing a lot of cases, I thought these weren’t my words. So it took me really to memorize everything that they told me. And I found out they became my words. Now from here, I’m going to take you downstairs and we’re going to go through and I’ll show you exactly where auto closer happens. Okay, now we’re right here at the front desk area. We’re just going to come right around here. This is our smoothie bar over here. We’ve got this pretty well set up now. If you just follow me, we’re going to come right back through here and I’m going to take you right into my nice little cubby hole off.

And now we are sitting in the office that I do. I’m closer and I’m going to tell you just a little bit of the statistics. Like I told you after everything that I had learned it was my turn to come down here and sell. When I came into this office with my first client, it was a brand new person on the street. I sat down I did auto closer, right to the tee hit and right at the mark gave her her first choice of either this or this, which one would you prefer? And sure enough, it happened bang just like that. She thought it was an amazing thing. It was fantastic and made me feel great. Now as it went on, I sat down that was about 40 consultations. I’ve had 40 consultations, I signed 36 of those which proved to me that articles or was it now we went through a lot of training with other people, my brothers on with the auto poser. Now, out of the three months that we’ve been doing auto closer, our results have been fantastic. first getting started right out of the gate, I was hitting about 80% of my sales, I was closing about 80%. My brother The following month started coming in behind me now we’re both losing a little closer keep on the same thing. He sat down with his first client. And this week that seemed like a lot. But we do a lot of things on a semi private in a payment plan is this client he sat down with he locked into a year agreement, personal training at $855 a month for 12 months. So part of closer to both of us, as far as building the belief system happen very quickly for us. So if you’re on the fence whatsoever about buying auto closer or thinking about giving it a try, we would tell you get off the fence and get on the ball. It’s well worth it. Okay, here we are back in our office. And I just want to go over a few numbers with you. We put together a 12 week program as far as a project and we ran the gross profit after everything was taken care of including the C four program with auto closer. Our gross profit for those three months was 28 or $22,893. In those three months, which is slower months on a normal basis. Now, the totally residual brought in for those three months is $208,053. So in those three months, I think we proved that auto closer is a magnificent thing. If like I said downstairs if you’re on the fence, get off the fence, get on the ball, get with the program. And I also want to send out a special thanks to Sean Deke and chameleon. Thank you very much and we look forward to the future with you 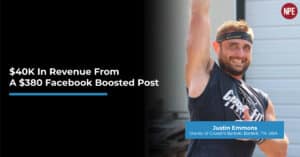 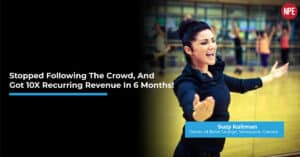 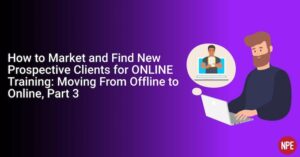 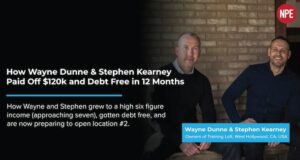