Adam Thurtell thought he was on the right path when he moved from Michigan, went to college in L.A., and then became an urban planner.

But after 7.5 years, he started to reconsider his career:

“It’s what I thought I should be doing. I had a pension, a retirement, and a steady paycheck. But I always had a thought in the back of my mind that I wanted to be doing something bigger.”

Adam was raised by two parents who contributed to the world in a big way: before Adam and his brother were born, his parents traveled to Africa where his mother taught people about health and his father built schools and dug wells.

When they returned, his mother taught juvenile delinquents, and she later went back to medical school with two young children to become a doctor.

“My mother really gave me a sense of what’s possible and what you can do with your life. She shifted and became a doctor at 40.”

After 18 years of practicing medicine, his mother developed Alzheimer’s.

“I was sitting in a cubicle, working as an urban planner, and I realized that life is just way too short. You’re not guaranteed tomorrow, so I realized I had to get moving. It was time to take action.”

A long-time athlete, Adam started training people in parks while he continued working as an urban planner. He would wake up at 5am, ride his bike to the park to train people, ride to work, return to the park for more training, ride to CrossFit to get a workout in for himself, and then head back home.

He repeated that routine every morning for two months until he realized it wasn’t sustainable. After making enough money from Groupon sales to hire another trainer, Adam quit his job.

But the Groupon clients weren’t staying and he couldn’t get more people. Struggling to figure out how to succeed, Adam took on a partnership that almost destroyed his business.

“I got out of the partnership, but I still didn’t know what to do. What was I doing wrong? I didn’t know how to be profitable, my prices were way too low (I had clients paying $45 a month), and I was closing sales by lowering the price. I was paying a trainer and got to the point where I couldn’t afford rent.”

Adam moved out of his apartment and started living in a friend’s garage. The business was starting to take a toll – he was stressed all the time and his days were filled with frustration and bitterness. Adam wasn’t talking to his family and his relationship with his girlfriend suffered.

But in November 2014, his life changed. Adam discovered an NPE video where someone was freely sharing their methods for bringing clients in.

“I was like, ‘What kind of group exists where you just give away your plan for bringing people in?’ So I tracked NPE down, googled it, and that was the day everything started to get better.”

Before NPE, his sales had been very informal and he had Groupon customers converting into clients for a very low price. Despite his fears, Adam listened to his coach and followed the Raise the Rates campaign in February 2015.

“It was a total game changer. It elevated the quality of my clients. Groupon clients were paying $40 for an unlimited month, taking up all my time, and asking for extra things. Then I was selling people at a higher price point and they were committed and totally bought in. They expected results from themselves. It was an amazing shift.”

Since joining NPE, Adam’s business has grown from one location to four, membership has increased 400%, and his revenue increased 500%. His revenue more than tripled from $5k to $17k in just one month thanks to another NPE client’s Fit & Lean program.

But it isn’t all about financial success for Adam – he now has a balance between business and his personal life again. His girlfriend was gracious enough to take him back (they’re engaged now!), and he’s able to follow in his mom’s footsteps by helping people for a living.

“NPE makes what seems impossible totally possible. It gave me hope. It convinced me that I could be successful and gave me a clear path to get there. It provided me with encouragement, fellowship, and a Facebook group where I’m asking high-level questions and getting high-level answers within an hour – that does not exist anywhere else and it’s worth the price of entry. NPE has given me the tools and mindset to get where I need to be.” 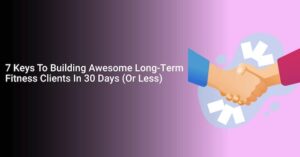 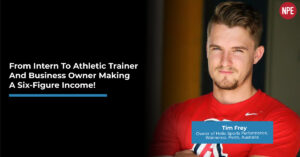 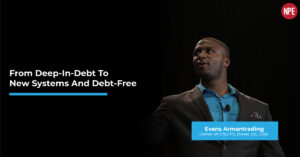 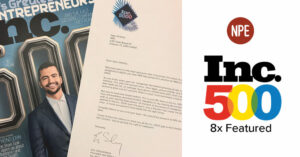