Johnny Barrera – “From Pulling His Hair Out To Money In The Bank!” 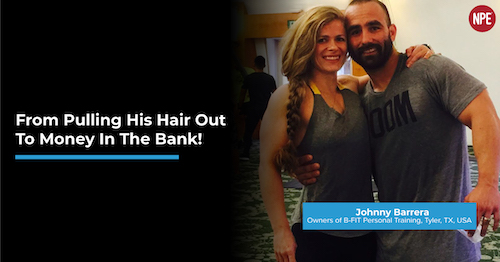 Ever go through something like this? You start strong, achieve a few tough goals, and think, “I got this.” Then you face a new, unfamiliar challenge. Or you stop doing what got you there… and start to go backward.

We’ve all been there. That’s because lasting change requires more than just achieving goals once, twice, or even a few times. Lasting transformation requires changing the underlying systems (and mindsets).

This week, we’ve got a transformation story about an awesome fitness business owner who repeatedly achieved tough goals, such as starting and growing a fitness business to the point of hitting more than $20k a month a couple of times. However, he soon found himself losing ground. He’d make a big effort, but gain and lose the same ground. He only transformed his business when he implemented effective and proven systems.

Now Johnny Barrera, owner of B-FIT Personal Training (Tyler, TX, USA), has celebrated opening a new facility that’s more than double the size of the old one, has raised his monthly revenue 30% in 10 months (from $17k to $24k), and recently had his best month ever, where he added 30 clients to raise his total to an all-time high of 167. 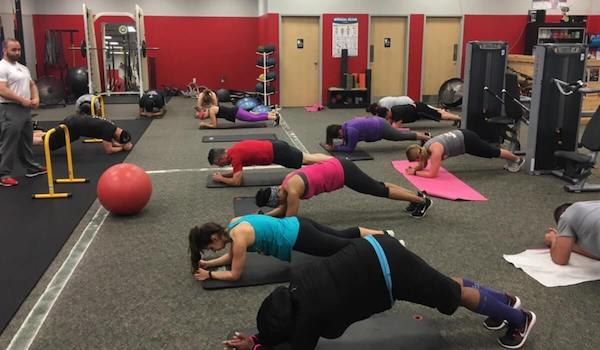 Johnny Barrera started out as a personal trainer and worked the AUTO-CLOSER® sales system two separate times while working at someone else’s gym. In both cases, he enjoyed sales success.

In January 2014, Johnny decided to take a crack at his own boot-camp business. He operated out of a small facility and joined the NPE Coaching Program. Working with his NPE coach, over 13 months, he steadily built his business and by January 2015, he hit $20k a month in revenues. Then, his business grew even more–$28k in February 2015. Then Johnny left the NPE Coaching Program.

Out on his own, the business stayed at that level and then started backward. He couldn’t get above 150 clients. Most of the time, he slid down around 130. He’d do some heavy marketing and pick up a few more clients. Then lose just as many to failed renewals. He’d get a bunch of trial clients into the gym … then too few would sign up. Two steps forward, two steps back.

His business wasn’t as profitable as he’d hoped, either. And Johnny and his wife Brandi were putting in as much time and sweat as they could. Only a year after they had considered their business crushing it, they wondered whether B-FIT Personal Training was worth doing. Should they give up and work for someone else?

“We were close to throwing in the towel,” says Johnny. “But we’re pretty hard-headed. We decided, OK, We’ve got to do something and take control of our business again. That’s when we rejoined NPE.”

They signed on to the FAST-TRACK™ Program. They decided the best way to get going again was to work with people who already knew the problems and the solutions.

“I wanted to grow my business faster,” says Johnny. “And I didn’t want to reinvent the wheel.”

His coach assessed the problem and offered three steps for his new plan:

Johnny had been running boot camps for the past few years out of a small 2,000-square-foot facility. The niche was solid, but he wasn’t holding on to clients. And you can’t grow a business if you can’t keep clients.

“The biggest struggle has been maintaining and keeping employees who actually care about what they do,” says Johnny.

So what was happening was this: While Johnny and Brandi were trying to bring in clients, the trainers were not delivering on the client experience side. Working with the NPE coach, Johnny and Brandi attacked the problem:

(1) They got rid of underperforming trainers and started delivering client experience themselves. This was a temporary, but necessary, solution until they could fully complete the next step.

(2) They began to implement systemic changes to hiring. They established a hiring and training process to improve the quality of hires and onboard them in a way that aligns them with company values. As per their coach’s recommendations, they have longer probationary periods and hire for alignment with core values.

(3) Automation. Like a lot of businesses, they didn’t have enough of a renewal system. They established renewal policies (When will we reach out? How will we reach out?) and used automated tools for the contacts.

“That’s where NPE helped, with the systems,” says Johnny.

They are still building out the hiring process. In the meantime, they’ve stopped the bleeding on renewals. That established a better foundation for growth. 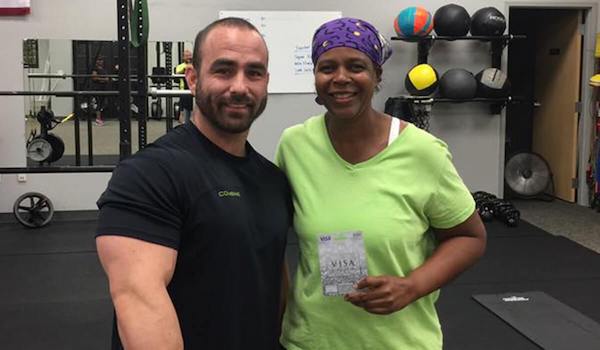 Referrals became a huge part of the growth of his business

Boosting sales and expanding the business

“Our coach has been helping us with marketing,” Johnny said. “Facebook marketing. Internal marketing. Referral marketing. The referrals are our biggest growth.”

They’ve used flyers and banners. They posted a free week on Facebook. “We tag our clients in and say, hey, bring in these free passes,” says Johnny. “Our clients have been picking up free passes and handing them out. We’ve probably gone through 150 free passes. We’re trying to get our clients to do the work for us, right now. Because we can’t.”

The aggressive referral marketing has generated steady growth since last November, and the best month ever, 30 new clients, in April. Combined with steadier renewal numbers, the gym has broken not only the 150 total client ceiling but is over 160 and approaching 170. They’ve experienced 30 percent growth since joining the NPE Coaching Program in July 2016.

With a growing business, B-FIT has opened this spring a new facility, 5,000-square-feet, with new equipment. For the first time, the gym offers memberships so people can work out on their own. That’s set the stage for further growth.

The turnaround was difficult, required hard work, and occurred after a rough winter of putting in place new systems. 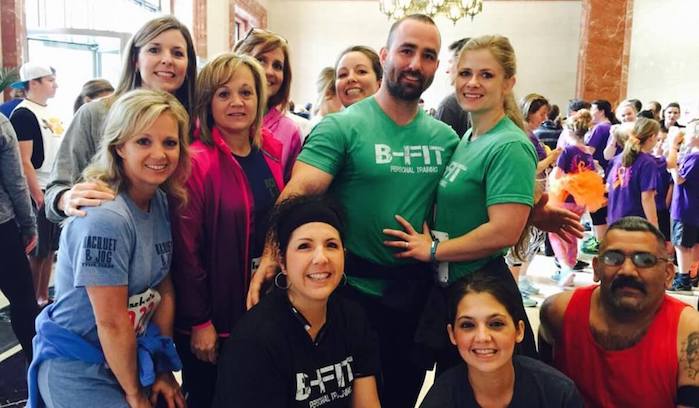 With the support of NPE, Johnny and his team have seen big success and growth

Now, with NPE’s tools and support, B-FIT moved from 130 to 167 clients. The Barreras had their best sales month, $24k, since the last time they worked with NPE.

Most important, with growing income, Johnny and Brandi have reduced their stress level. “We don’t have to stress every day about making ends meet,” said Johnny.

As a result of overcoming these obstacles, they are looking up from the grindstone for the first time in years. They are looking forward to spending more time for themselves and their family and to not spending all their time on the business, either running boot camps or managing the numerous tasks.

“Don’t give up, even under hard times,” says Johnny. “Something good is going to happen. It always gets worse before it gets better. It did for us. Now we don’t have to stress every day about making ends meet.” 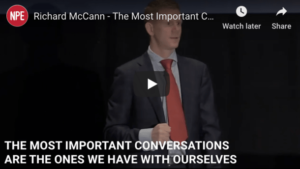 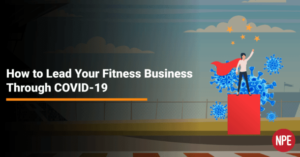 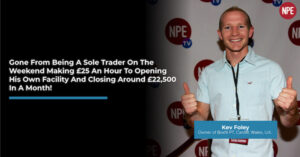 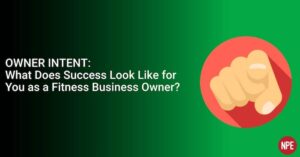