Will Hinkson – “Former Marine Uses His “Why” To Crush Through Obstacles And Grow A Business That Gives Back!”

After serving in the Marine Corps from 2003 – 2008, Will started working as a security specialist for the government overseas. He traveled to places like Iraq, Afghanistan, Haiti, and Africa, which opened his eyes and helped him discover that he wanted to give back.

“I believe there is power in positive people coming to a positive place to do positive things. So I said all right, what do I do that’s unique to me that I can provide this?”

While Will was in Afghanistan, he started the first CrossFit affiliate at an embassy in the world. He would get up a 3:45 in the morning, train from 4:00am – 5:00am, coach CrossFit from 5:00am – 6:00am, and then work 12 hours as a security specialist.

Despite the long days, Will loved running the CrossFit gym more than his day job. He wanted to start up his own CrossFit gym, but he was in a leadership position at work and had to slowly transition out.

But that didn’t stop Will from learning how to run a business while he still worked for the government. Every night, he would dedicate a minimum of two hours to researching businesses. He got his business degree online, listened to many webinars, and spent his 30-day leaves at home focusing solely on becoming a better trainer and business owner.

“I wanted to work hard to make sure we did things right as a business. I said if this doesn’t work, it won’t be because I didn’t work hard enough.”

In July 2014, Will took his last flight out of Afghanistan and started building out his studio the very next day at 6am. A few months later, Will was on an NPE webinar when he decided to sign up for the ACCELERATOR™ program and attend MEGA TRAINING®, which helped him avoid making a huge mistake.

“Last year, I went to MEGA TRAINING®, and besides volunteering as a CrossFit instructor, I had no experience in the fitness industry. When it came to marketing and sales, I didn’t understand it. I kind of thought they were dirty words. I didn’t understand that it’s actually one of the ways we serve our communities. I planned to open a week after MEGA TRAINING®, and I got the same question over and over when I told people about that. They’d say, ‘How’d the pre-sale go?’ I had no idea what that was but realized there’s an easier way to do this.”

Will delayed opening his gym for a month so he could launch a presale, which was huge for his business – he opened with 35 clients instead of zero.

But Will hit lots of obstacles along the way. He was coaching 40+ classes a week and sleeping at the gym 4 – 5 nights. Will would finish mopping around 11pm, pull out his cot from a closet, sleep for a few hours, and get up to coach in the early morning. Will also struggled with staying true to the mission of the gym in times of adversity and had no vision for long-term stability.

“NPE helped me overcome these obstacles. I brought on staff and created systems and automation based on AUTO-CLOSER®, MULTIPLIER™, and DUPLICATOR®. I became so confident in our core values and mission that we referred out potential members that we were not the best fit for. And knowing my numbers and building a staff training system allowed me to have a business and not just a job.”

In the ten months since Will’s business has been open, he has grown from 35 clients to 92 clients, hired three coaches and an office manager, launched a Fit and Lean Challenge (which generates $38k in recurring revenue), and now has $15k a month in gross revenue.

But despite his success, Will still focuses heavily on giving back to the community. He’s partnered with a veterans’ refugee network and holds monthly workouts to raise money for deserving charities, which helps him overcome any obstacles that come up along his journey.

“Establish your why and chase it relentlessly. When you know why you’re doing something, and you have your core values and mission in place, do not let anything stop you. It’s time to just keep breaking through those walls, and those walls will absolutely come up.” 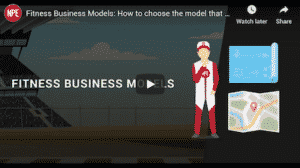 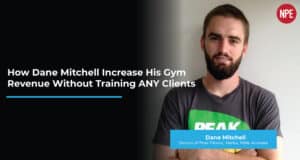 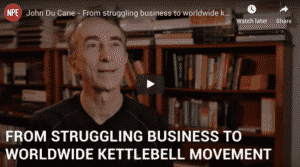 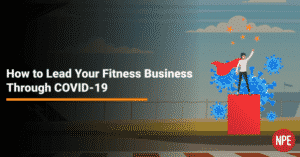