Becky Wright – “Made $20k Within 24 Hours After Launching Her Online Business.”

As a kid, Becky had two ambitions: to own an ice cream factory or to be a fabulous fitness instructor like Jane Fonda.

After graduating from university in 2008 with a degree in Fine Arts, Becky decided to become a personal trainer and signed up for a 12-week intensive course.

“During the last two days of the course, the teacher sat us down and said 50% of new PTs drop out of working in the fitness industry after the first year, and only about 15% are still working PTs after 5 years. That information was like a punch in the face to me.”

But Becky was determined to make it as a personal trainer. She followed a job opportunity and moved to Bermuda in 2010.

Her first year full-time didn’t go as planned – she worked at a big box gym and hated it, but things quickly turned around when she was hired as the personal trainer for a Saudi Arabian princess.

After 18 months of traveling the world with royalty, Becky settled again in Bermuda where she got a job offer from someone who just opened a business.

Since she was an employee again, Becky was getting 50% per session and the rates were fixed. Her monthly salary was about $5k, which didn’t go far in Bermuda because of the high cost of living.

In August 2014, her boss opened a new studio dedicated exclusively to group fitness, which Becky loved. But she was solely responsible for running the studio in addition to teaching 16 classes per week and holding personal training sessions.

“I was working 14 hours a day. I literally had no life and this wasn’t even my business!”

Becky’s hard work at the group fitness studio paid off. They had their best month ever in October with 48 people generating gross revenue of $10,537. But when two hurricanes hit Bermuda later that month, the business suffered.

A month later, Becky received an email with a Black Friday offer for AUTO-CLOSER®, the #1 fitness sales system in the world. Although she didn’t think she could use the programs because she wasn’t a business owner, Becky decided to make the $1k investment in hopes of boosting sales.

Over Christmas break, Becky started implementing her lessons from AUTO-CLOSER® and made over $40k in just 12 days!

Her paycheck doubled, and the business continued to grow. They smashed through the 100-member threshold, had a best month ever (#BME) in April and May of 2015, and reached over $20k in monthly revenue.

After joining NPE’s ACADEMY™ Program, they increased 89% from their highest gross month in 2014 and more than doubled their monthly revenue.

But despite all that success, Becky knew she didn’t want to be an employee forever and make other people successful.

In September 2015, she moved back to the UK and launched her own online business, Inspire Fitness. She initially only offered 10 spaces and they filled within 24 hours, generating over $20k in sales.

Being online gives Becky the freedom to work from anywhere, which is especially helpful with her new business venture.

When a client asked Becky for a recommendation for a fitness holiday, Becky decided to create her own. In October 2015, she took eight guests to Mexico for a six-night stay that resulted in gross revenue of $21,800 and a net profit of $7k.

Becky will continue to run her online business as she travels to Thailand, Singapore, Costa Rica, and Morocco in the coming year.

But having the freedom to travel isn’t the only dream NPE helped Becky achieve – she wants to eventually live in the U.S. and can only get a green card for Aliens of Extraordinary Ability. In order to qualify, she must prove that she’s in the top 2% of her industry.

“If it wasn’t for NPE, I wouldn’t be one of those aliens of extraordinary ability. I needed to have a high salary and prove myself. Without the money that NPE has helped me make, there’s no way I would qualify. NPE has impacted my life beyond anything I imagined.” 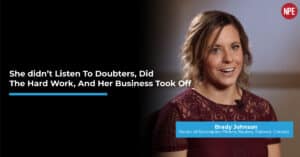 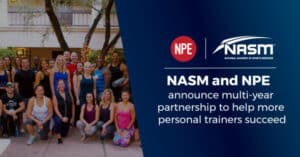 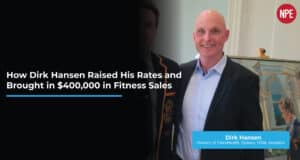