Dan John – ‘Trust Your Journey’ And Mentors Will Show Up

What would you do if an obstacle stopped you from doing what you loved? Dan John has an answer: He continued his mission another way. Dan was a collegiate discus thrower who became a national weightlifting champion. A severe wrist injury ended his athletic career. Initially, he was unsure what to do.

But he dug into the real mission behind his individual goals. To continue his mission, he became a fitness publisher, coach, and speaker. In this video, Dan explains that pursuing your dreams is full of obstacles, and explains what will drive you over those obstacles.

Dan John
I’ve never had someone just kind of show up and comment and say, Dan, I want to be a world champion, the Olympic lifts. Why? Well, you know, I was on Wikipedia, and I saw that was one of the sports, you know, there’s always a story that gets you there. So I guess to on that, trust your story, trust your journey. Number two, there are mentors out there, there are people willing to help you. But you’ve got to do a little bit too, you got to walk that walk. If you take the steps forward, mentors will show up the value.

So as a ninth grade discus thrower, you know, us pretty good. You know, I taught myself how to turn, you know, which is hard to do, especially at the time because there wasn’t a lot of role models. And I bought a book called The track and field on the book. And in there, basically, it talks about a guy named Ralph Monae at Utah State. And basically, I figured, hey, he’s got to be the best discus coach in America. I want to go to Utah State. In hindsight, I look back on my time at Utah State, it was a wonderful time. 9091 I think I was a pretty good force in both throwing and Olympic lifting throughout the 90s. I think that’s pretty successful. In the early 2000s, I blew my wrist apart right after winning that national championship in weightlifting. And one of the lessons I learned, wow, the first thing is when, when I was told I’d never lift again, my first thought was, okay, let’s, okay. This summer, what? I’m sorry for the segue, but it’s important. See, I think sometimes we get stuck in goal setting. And there’s not a big fan of goal setting, you know that. But the important thing that sits behind above on top is what’s the mission? What’s in what was nice about this injury was I realized that I wanted to be fit. It wasn’t so much I’d never lift again. But how can I get back home as people helped me before? And so my first answer was, let’s start a new letter. And boy, I tell you, we had in its run, it became an amazing thing became a big deal on the internet when a new issue would come out. The two great lessons I’ve learned from that as you know, there’s going to be obstacles, there’s going to be obstacles, no matter what your goal is. But the idea is that on the both sides is that this moving over, no matter what you get hit with, if you if you really have a foundation for what you want to do. You can overcome a lot of stuff. And I always tell people look, you know, look backwards a little bit. Schopenhauer. Schopenhauer says something interesting, he says, you know, as you get older, I have my 54 I mean, that’s not older, older, but it’s older. He says all those random things that you thought were accident in life, when you look over your shoulder backwards.

Unknown Speaker
It’s what drives you to where you are today.

Dan John
I’m always amazed people when they don’t go after their dreams, dreams, goals, their mission because they’re afraid of something. It’s like the Scarecrow Voss l Frank bomb didn’t just write the Wizard of Oz, he went on to write probably 12 of these books. In one the Scarecrow vos has ordinary people are like leaves on trees. When they die, they just fall off. I like the extraordinary people. And it’s been something I’ve I’ve noticed my whole life is that you can have a wonderful life. But always be what it should have cutting yourself. You know, I think one of shisha cutter is so painful. When you have those chances to keep watching those opportunities. Those chances fly by that it’s more painful, long term to not leap than it is to just stand against the rim and watch all your friends go. Okay, I’m gonna go back down. And we all know how dangerous it is to go back down that Rocky, Kravis leap, man, get in there. Let it happen. Every great thing I’ve ever done in my life. Not a lot of people thought I could do it. Everything. You just have to get used to it that night. Not everybody wants to be extraordinary. But I can’t imagine not at least swinging away. 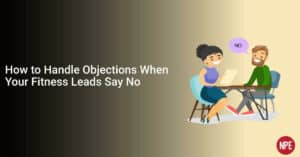 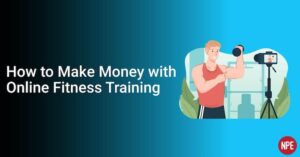 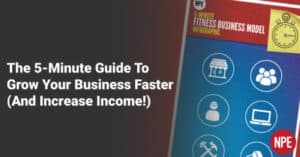 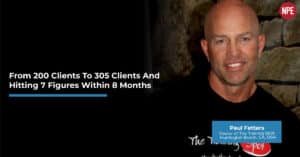