Greg Crook would be the first to tell you that he never thought he’d be a successful entrepreneur.

“I had no business background and to be honest, probably no business starting a business. But I’ve learned a lot and I have no doubts about what my success is going to be.”

Greg grew up in Monroe, North Carolina, and spent much of his childhood struggling with his weight.

“I was always pretty overweight, like a lot of people in my family. My pediatrician got onto me about losing some weight. He told me “If you’re not going to lose weight, you need to start lifting weight so you can make the top bigger than the middle.’”

Greg bought into it and started lifting weights. He found the sport of powerlifting and trained heavily once he got out of school. Then he got married and all that training time went out the window, and once again he struggled with his weight.

“Then one day I just decided that I wanted to lose some weight. I mentioned it to my doctor and he turned me onto the diabetic diet. I dropped 60 pounds in 6 months. I followed that diet to the letter. Now that I’ve done the personality testing stuff with NPE’s coaching programs, I’ve learned that I’m actually pretty good at following the directions.”

In August of 2001, Greg heard about a bench press competition that a local gym was holding and decided to check it out.

“I went to watch that competition on a Saturday, joined the gym on Monday, and in November, I competed in my first weightlifting meet. I’ve never really stopped. Training has always been a passion of mine, it’s something I’ve always enjoyed doing.”

Greg had a strong group of friends that he regularly trained with. He noticed that when it came time to plan their workouts, it was something they looked to him for.

“I was always the one doing the research and putting together the programming. I was always curious as to the why of what people were doing. I didn’t realize I was coaching back then, but it’s exactly what I was doing. All my training partners relied on me, if I didn’t show up they couldn’t work out.”

Then one day, Greg’s current wife introduced him to CrossFit. They had a friend who owned a gym and they decided that they would go to a class and try it together. Greg was blown away.

“From there I started doing CrossFit at my buddy’s gym on the weekends. And bless his heart, I’d keep him back for an hour after the class asking him all kinds of questions.” 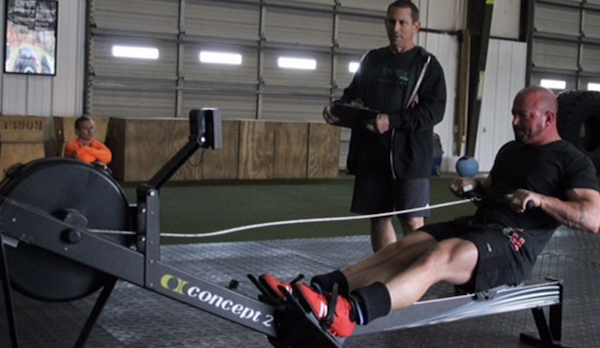 Greg was learning as much as he could and started to toy with the idea of opening his own facility. He mentioned it to his friend who owned the gym, and things took off from there.

“He introduced me to the investor who backed his CrossFit gym. We talked and that turned into him coming down here, meeting with me, and literally six months later we were opening the doors to our own gym. “

Greg’s goal when he started the business was never to “get rich.” He’s a simple man with simple tastes. He just wanted a way to make a decent living doing something he loves.

But Greg really wasn’t prepared for all that comes with owning your own fitness business.

“We went into it with this ‘If you build it, they will come’ mentally, and that didn’t really work out too well.”

Greg struggled to get people into the business. He was doing almost no marketing, and people were intimidated by the stigma that comes with CrossFit.

“People watch the CrossFit Games and see those guys and think that everybody in the gym is like that. It scares a lot of people and it’s something I’ve had to combat with my marketing.”

Greg was feeling overwhelmed with the stress of running his own business. He knew that if he continued down the path he was on, the they weren’t going to make it. He needed help, and that’s when he heard about NPE.

“I was on the fence about signing up for ACCELERATOR™. I talked to my wife and told her, ‘I don’t think I can afford NOT to do this.’ We were going nowhere. We were losing money every single month, I was good at robbing Peter to pay Paul, but It was going to blow up at some point. I had to do it.” 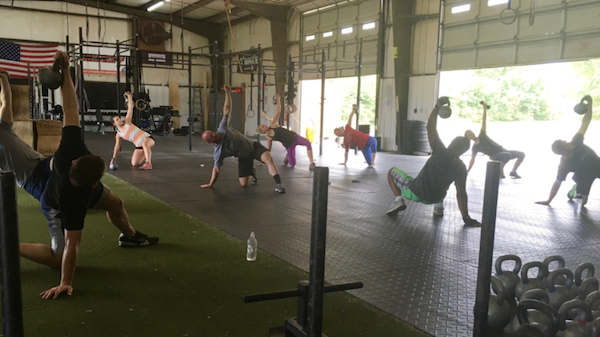 Greg started the ACCELERATOR™ program in March of 2015 and, with the help of his coach, was able to turn his business around, starting with getting his marketing right.

“We defined my target market and I learned how to speak to them. Before NPE I really wasn’t doing any marketing and it makes a lot of sense why I wasn’t growing. Now, I’ve learned who I want to work with, who I can help the most, and how to speak directly to them. I know that’s been the key to my success.”

Greg spent a lot of time dialing-in his marketing, and it’s paying off for him big time. He’s seeing massive growth in the number of prospects coming into his business.

“Before I started ACCELERATOR™, if I got 4 or 5 inquiries a month I was super excited. The first time I got 8 I thought ‘Oh, that’s nice.’ Now, 12, 14, 18 is becoming the norm for me, even in the slowest parts of the year. I’m getting to the point where I’m even teaching my members how to speak to others about the gym!”

Greg’s coach also helped him implement the 21-Day Kickstart program and the AUTO-CLOSER® Sales System. Together, they refined Greg’s sales process and how he presents his services, and it’s making a big difference.

“In August, my revenue was already ahead of what I made for all of last year. Our goal for the year is to finish at $120K, and we’re going to hit that for sure. We’re definitely on the rise. And now I’m getting close to achieving my dream of being able to make a real living doing what I love.”

Greg knows that he couldn’t have done this on his own and he credits a lot of his success to the support system he has around him.

“If I hadn’t had the support of my family, I wouldn’t have made it long enough to find NPE. Now that I’m with NPE, I have someone in my corner who’s ‘been there, done that’. I needed someone to show me how to do these things.” 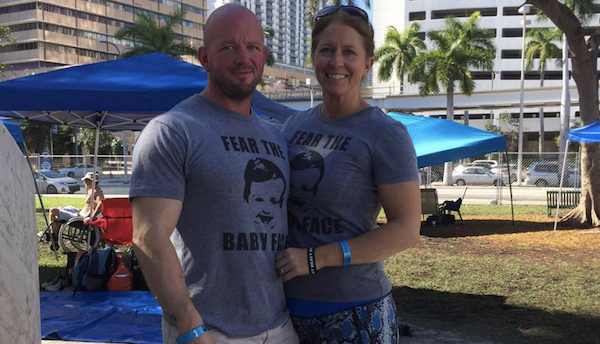 Greg is seeing the benefits of all his hard work and things have never looked better. He’s taken his passion for fitness and being in the gym, and turned it into a successful business and fulfilling career.

“My stress level has really come down a lot. I’m really comfortable now that I have the systems and support I need to continue the growth path. I remember before I’d put on my smiley face during classes and then I’d finish and the stress would hit me. I didn’t have any control over my stress, but now I really feel like I’m in the driver’s seat. And that’s all thanks to NPE.”