Heidi had already been in business for four years before hearing about NPE.

In December 2013, she launched an event to make 2014 the healthiest year yet and posted it on Facebook. Someone commented “NPE?” on the post and since she had no idea what that was, she googled it.

Four months later, Heidi attended a FAST FORWARD™ workshop. Although she couldn’t afford the ACCELERATOR™ programme, she signed up in May 2014.

Heidi finished the programme just two months after starting and completely changed her business model to six-month programmes. She had been selling four-week sessions and had to constantly resell her business.

In October 2014, Heidi attended MEGA TRAINING® but she wasn’t happy with her progress.

“I was completely despondent with myself because I wasn’t really making the best use of things. I hadn’t really implemented the stuff I’d learnt with ACCELERATOR™ and I was determined NOT to go into the ACADEMY™ Program.”

But after hearing a fellow NPE client share her story, she changed her mindset and got a wake-up call to join the ACADEMY™ Program.

Although Heidi still couldn’t afford the programme, she signed up and created a goal to raise her down payment and an additional £3k so her husband could buy a motorbike for Christmas.

Someone challenged her to raise £20k in just six weeks.

“I run bootcamps. My session price is about £8. It was out of my zone. I had to become something that I wasn’t.”

“That was huge. My mindset shift was huge, and I went into complete overdrive. This goal of getting this bike for my husband was the most exciting thing I’d ever done – doing it for someone else inspired me like nothing else. It was never not going to happen. I saw it happening.”

By December 2014, she raised £20k in six weeks and achieved her goal. Heidi gave her husband a big box of money on Christmas day and felt amazing.

But then reality hit. Heidi now had 20 people who weren’t paying her each month. Her month income instantly went down £2k, and the people who had signed up in July for the new six-month package didn’t want to renew because it was so cold in January.

Heidi’s costs exceeded her income, she didn’t pay herself for four months, and Facebook suspended her advertising account.

“I felt like crap. I remember one evening in March, I sat on the sofa. I was exhausted, I was tired, and my husband said, ‘Do you really want to do this?’ And I said, ‘Actually no I don’t. I’ve had enough. But I’ve got 20 people who paid for a year upfront and I can’t refund them. I have got to carry on. What am I going to do?’”

In March 2015, Heidi was invited to share her case study at SPRING TRAINING™ about how she made £20k in six weeks and was able to buy her husband a motorbike. She took the stage and received great feedback but felt like a complete fraud.

“I stood up there talking about a wonderful thing I’d done but I hadn’t paid myself for four months. Sean had a presentation earlier where he’d listed eight things that if you were doing, you should be out of business. That was me – I was that person. And I thought right, the reason you’re in the crap now is because of you. It’s your mind trash, you don’t have a goal, you completely didn’t plan. You’ve got to sort this out otherwise you have no business.”

Heidi had gone the wrong way and knew she had to start over. She focused on her vision, developed core values, and put systems in place.

After SPRING TRAINING™, Heidi launched a 21-day fat loss challenge for £79 and used a pre-built NPE Infusionsoft campaign. She wanted 21 people to join and had 88 people apply but could ultimately only take on 55.

Her campaign generated £4,345 and more importantly, she got people back to her bootcamps. Clients were getting amazing results and she boosted that all over social media.

But those clients only wanted the low-ticket price and most of them didn’t stay. She didn’t have systems to keep them there and knew she needed something else.

At the same time, she was doing other activities to try and raise her profile. She volunteered as an ambassador for Get Berkshire Active, reinstated a “Friday with Heidi” newsletter, sponsored a local running event, blogged about running a half marathon, and ran family fitcamps.

Heidi was starting to get her business in order. She randomly got access back to her Facebook account, finally lowered her staff’s wages that were way too high, and let go of a staff member with poor core values.

At the same time, there was a lot of talk within the NPE Coaching community about a campaign called Fit, Lean, and Lovely that a fellow NPE member put together and was producing amazing results. Heidi used the campaign and boosted it on Facebook with the help of an NPE coach.

Now Heidi has launched that campaign a second time and it continues to be hugely successfully. She took on 48 clients, increased the price to £357 and has made £17,136 so far.

Although Heidi started her business long before NPE, she’s finally seeing the results she’s always envisioned because she continues to set new goals.

“I’ve been training for six years and my business has grown and changed like never before in the last 12 months. If you don’t have a goal and you can’t get out of bed for it in the morning, you are not going to. It’s got to give you goose bumps, and you’ve got to want to wake up in the morning and get on with it. Having a goal is the biggest thing you can do for yourself.” 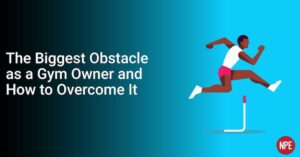 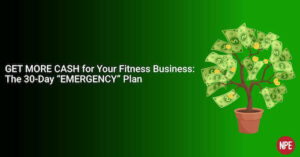 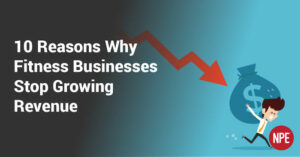 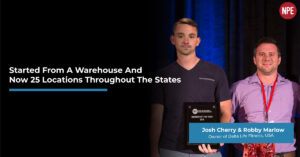