Suzy Kaitman – “Stopped Following The Crowd, And Got 10X Recurring Revenue In 6 Months!”

You wouldn’t follow a crowd off a cliff, would you?

Of course not. But if you follow too closely what other businesses are doing, charging what they charge, and package your services the way they package them, that’s what you’re doing.

Since the majority of businesses fail, chances are you’ll follow someone right off that cliff!

Here’s how one fitness business owner followed her lifelong dream to open her own studio, but ended up following the crowd when pricing and packaging her services. When she opened her business, she found herself in a week-by-week fight to stay alive.

Ever been there? Where if you don’t get enough sales to cover the bills at the end of the month…. You’ll be closing your doors? It happens all too often… and the odds are usually stacked against your survival!

That’s what this fitness business owner faced. Before she knew it, she fell way behind in her bills and found herself burning through the last of her cash.

With the help of her NPE coach, she rallied back—she stopped following the crowd and did what was best for her business. She grew total sales 50% and her recurring revenue (recurring monthly autopays) exploded 10 times–from $1,700 to $17,000 a month. 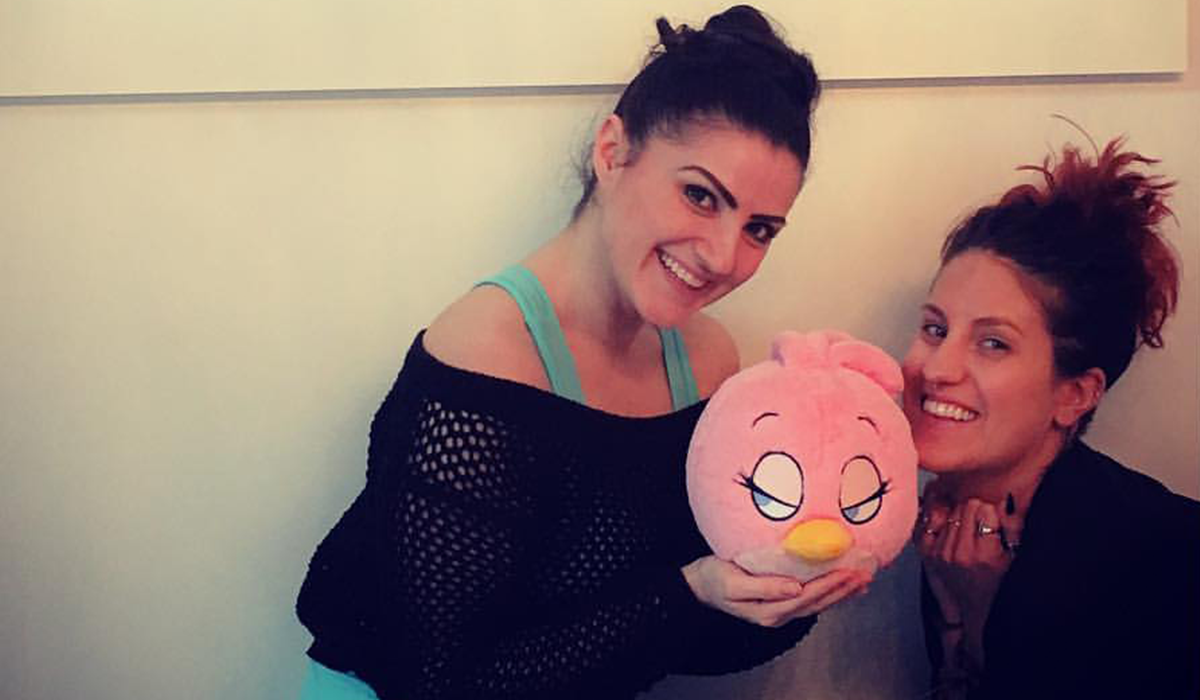 Suzy Kaitman dreamed Ballet Lounge to have a fun atmosphere.

Planned for years and finally took her chance

Suzy Kaitman of Ballet Lounge, Vancouver, BC, Canada, grew up wanting to be a ballerina.

“I did ballet my whole life, and I trained very intensely, and then I went to university for ballet,” explained Suzy. “I did my ballet classes, and also studied anatomy, physiology and dance history.”

Because ballet gets very intense and very strict at that level, she quit.

But as one door closes, another opens.

Fast forward a few years, she found herself being asked a familiar question when she applied for jobs leading fitness classes: What can you bring to our organization that is different from what everyone else does?

One day, after six years away from formal dance training, she answered: ballet.

“I combined ballet and fitness with my favorite kind of music (“house” / electronic music), and created Ballet Fit™ which is my signature workout,” explained Suzy. “I started teaching it at community centers, and I found out there was this huge niche for people who are looking for a ballet class, but not a barre workout, and not a super-strict ballet academy.”

Plus, there were no ballet classes for adults.

“There are lots for kids, but nothing for adults. And I found that doing ballet for fitness was ‘a thing’ and it just blew up. I started with one class per week. It snowballed to 17 classes a week in different community centers. I was traveling all over Vancouver to teach my classes.”

In the meantime, she had another dream: Suzy wanted her own fitness studio. Over about a 10-year period, Suzy researched and wrote and revised a business plan.

“I always wanted to have a really cool studio that would be an escape from reality,” said Suzy.

As Ballet Fit™ classes took off, she revised her business plan to create Ballet Lounge, designed to be a place where people could escape, dance, and build poise, confidence, strength, and flexibility. The business plan was good enough to get a loan.

Anticipated a problem, and it STILL happened

But as Murphy’s Law of Warfare states, the plan never survives the first contact intact. Suzy needed to do renovations to get her new facility up and running. She had anticipated problems with contractor delays and cost overruns, and tried to prevent them by discussing potential problems with the contractor before anything started.

It didn’t work. Despite her best efforts, there were delays and cost overruns, and suddenly she was behind in rent before she even opened the doors. That did a number on the plan. She had spent more of her business loan than she expected on the renovations, and her delayed opening also delayed bringing in money from clients.

But she got started, and soon she was running her own Ballet Fit™ classes while trying to staff up, go to trade shows, and see private clients. Within a few months she felt overwhelmed. She loved the work, but she was working all the time.

For marketing, she tried a lot of different things, but she also offered a Groupon, and it was a disaster. She ended up with a lot of tire-kickers who wanted a few discounted fitness sessions, but weren’t ready to make a real commitment to fitness or her studio.

And inside, as excited as Suzy was about running her business, she felt like she was just randomly “doing stuff” and fixing whatever the next challenge was. She wanted a more organized way of doing business.

No good time to work on strategy

Suzy was seeking information and went to Canada’s canfitpro event. There, she met a person who was an NPE client “whose life was changed by NPE,” and who became an NPE coach. “That really inspired me to sign up,” said Suzy.

After she got home from the canfitpro event, she went online and listened to an NPE webinar for help with sales and marketing. She decided she wanted NPE to help her build the foundation for her business. It became a question of timing. She wanted to have time to set aside to do the lessons and apply them, but was too busy.

She was excited about running her business, even with all the stress and challenges. But what she didn’t like was the sense that she was reacting to events, instead of anticipating them.

“I never really liked improv dance except at a club,” Suzy said.

She’d rather execute the choreography, and when it came to business, this situation felt more like improv than choreographed. “I wanted more control,” she said.

By October, only six months after her launch, she decided there was no good time and that she needed a coach right then. She wanted more control of her business and her life, and signed up for the NPE Coaching FAST-TRACK™ Program. 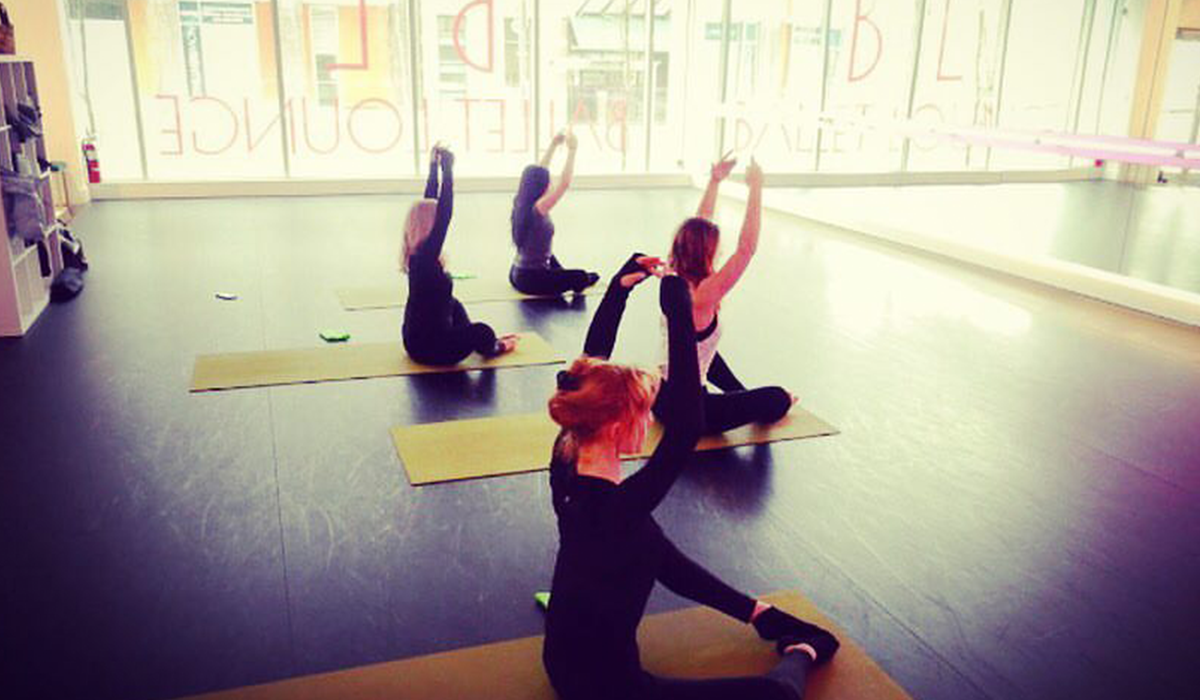 Everybody does it that way … right?

Her NPE coach looked over the business and the numbers and pointed out one big problem: Her recurring revenue. That’s the money that comes in from autopays (usually credit or debit card) for long-term packages. More recurring revenue means sleeping better at night, because it’s money that you know that’s coming in before the month starts. Without recurring revenue, you start each month from scratch.

Suzy wasn’t getting much in the way of recurring revenue: $1,700 in November 2016. That didn’t touch her rent, much less anything else. The fitness packages she sold were practically “pay per session” and on top of that, the pricing was too low.

She explained, “I was charging less than other fitness studios because I was new and wanted to break into the market at a competitive rate, and also because I transitioned from the community centres (which offer very low rates). I didn’t want to jump too high and lose my clients which took several years to gain.

“I was offering the same type of ‘class punch passes’ that other studios offered, thinking that was the business model that works for everyone. That was me following the crowd. Back then, I was hosting sales every month just to boost sales because I was so stressed about paying my bills. My clients were getting conditioned to wait for my sale before purchasing any passes!”

Her NPE coach recommended she try a different approach, and not to worry what others were doing. With a specialty niche and a popular fitness program, she had an opportunity to raise her pricing and sell longer membership packages. He also recommended:

All of these steps were under the theme of better time management and getting out from reacting.

Gets more difficult at first

November and December saw progress behind the scenes, as she improved her sales and marketing systems, and put the foundation in place for her new pricing and packaging.

And that’s when things started looking up.

Her use of the AUTO-CLOSER® sales system began to pay off. She prequalified better, so she wasn’t giving consults to everybody and anybody. Limiting herself to consulting with only prospects who said they could afford her services saved her a lot of time and raised her close rate.

She changed her pricing and packaging, offering longer-term packages designed to help people achieve their fitness goals and prices designed to support her business model. When she rolled out the changes, she had expected prospects to balk, but they valued her services and were willing to pay more. Her business started to grow and become profitable.

“I am now charging more now than some of my competitors thanks to NPE, who helped me realize that I offer a unique and high quality customer experience in a gorgeous state of the art facility!” said Suzy. “Now I never discount my rates, unless it will be another flash sale in December or an anniversary type of sale, with very limited quantities available!”

After a year of non-stop pressure, Suzy described herself as “no longer stressed out” and that she felt “restful.” 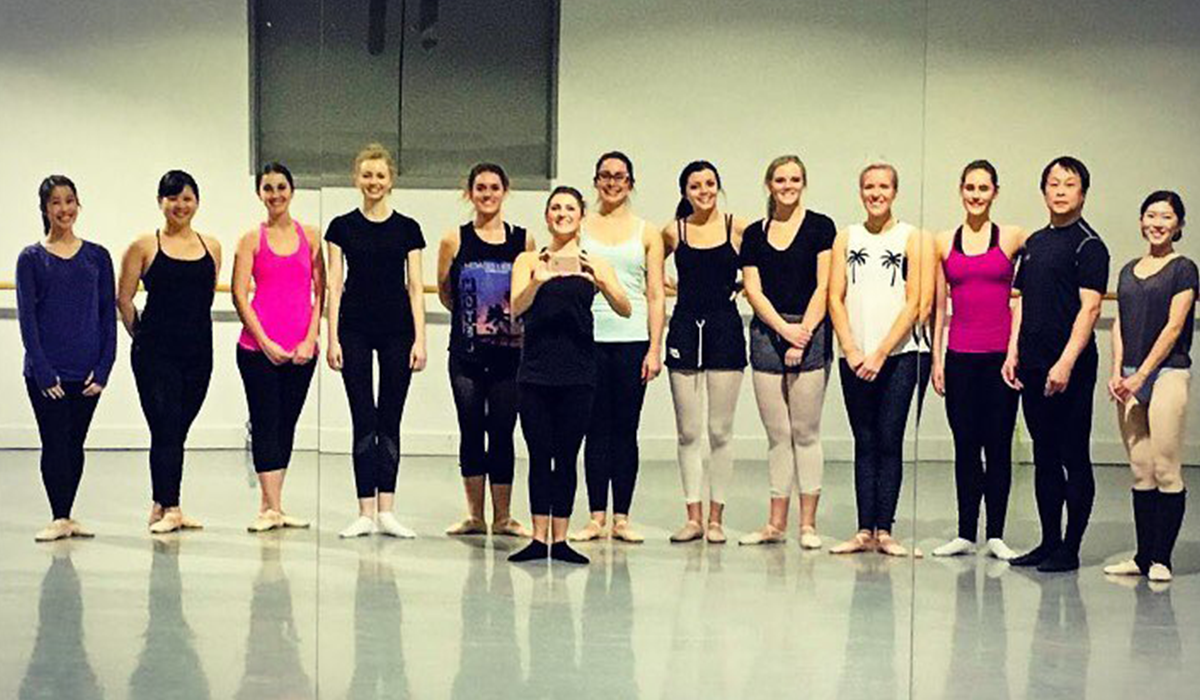 Suzy’s classes are growing and they celebrate their accomplishments together!

She has added staff — eight part-timers, to help with training. She’s training others on AUTO-CLOSER®, so that she won’t be the only one selling. She’s establishing the foundation for her business, so she can continue to grow.

With her head down for so long, she’s relieved that her business didn’t have to shut down. Suzy’s finally able to look up and make new plans. That includes taking an extra day off a week to spend more time with family and friends.

And she’s also looking at expansion. Her solid business model has proven itself, and she’d like to try new Ballet Lounges in other cities. “I want Ballet Lounge to take over the world,” she says, laughing.

Only six months back, Suzy Kaitman’s dream business was teetering on cliff’s edge. But she got the help she needed, got the plan to make her business work, and made her dream work.