Congratulations to the 2014 UK Member of the Year, Jessica Cooke!

Jessica has experienced major business growth and success in the short time that she has been an NPE client. Jessica first joined NPE as an ACCELERATOR™ client in February 2014. In just seventh months, she has gone from barely getting by to bringing in £32k!

In 2007, Jessica started out her journey in the fitness industry as a gym instructor cleaning machines and watching the pool for £8 an hour. She had a couple of personal training clients, but was only able to keep 30% of the revenue and the gym owner took the rest. Jessica was working long hours and split shifts – something she hoped she would leave behind from her waitressing days.

Jessica quickly realized that she would have to become self-employed to succeed in the fitness business, so she started Jessica Cooke Health and Fitness, a women-only and pay-as-you-go gym. She offered six-week personal training programs that gave clients unlimited bootcamp classes and allowed them to bring a friend for free. She didn’t realize until later that she was giving her services away! Jessica still had no evenings spent with family, was living week-to-week, and had a poor financial situation.

In an attempt to make a change in her life, she came up with the idea to start the 40 Day Method, an online personal training service. She invested £25,000 plus hundreds of hours of time to develop 40daymethod.com, and she expected to just watch the sales roll in.

During her first year, Jessica sold 200 memberships but her product was underpriced at only £39 for a three-month membership. She realized she had more money going into the business than coming out and quickly found herself in debt.

By November 2013, the business was paying the bills but Jessica had to quickly arrange for emergency cover since she and her husband were expecting their first baby. She hired a trainer to take over her training sessions, but she still had to work as the administrator while on maternity leave. When she had to leave her 10-week-old newborn to return to work full-time, Jessica knew she needed a change.

After searching online, she came across NPE and read all of the testimonials. Jessica thought NPE sounded too good to be true, but she took a leap of faith. In February 2014, she joined NPE’s ACCELERATOR™ program and started implementing most of the “safe” systems since she was still hesitant to risk spending more money.

But everything changed when Jessica went to SPRING TRAINING™ 2014. After learning that she needed to crush her fears and implement systems faster, she promised herself to implement ten things immediately when she returned home from SPRING TRAINING™:

The initial aftermath was scary – Jessica’s company dropped from 100 clients to just 15, and the revenue plummeted to £6k per month. Feeling like she was going to “have a stroke,” Jessica contacted her NPE Success Coach, Andrew, for help and advice, and she continued reminding herself of NPE’s Client Success Principle, “Have Courage, Practice Faith.”

Through her re-branding efforts, Jessica started attracting the right kind of clients, and Inspire Fitness grew from 15 clients to 120 in just two months. She implemented staff systems to ensure consistent and quality service delivery, and AUTO-CLOSER® led to a 95 percent conversion rate. Once Jessica’s clients started seeing better results and understanding how her changes were for the better, they were more willing to refer people to Inspire Fitness – her referrals brought in £10k alone!

Jessica’s revenue and business continue to grow. She brought in £16k in July, £22k in August, and £32k in September, and she signed a lease for an additional facility in a larger city with an even bigger population. For 2015, Jessica predicts that Inspire Fitness will serve three times the current number of customers. As her business thrives, so does her personal life: she and her husband just signed the contract for their very first family home and are expecting another baby in 2015. But this time, maternity leave won’t be an issue. 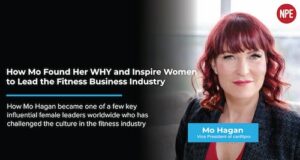 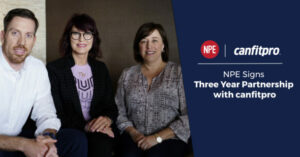 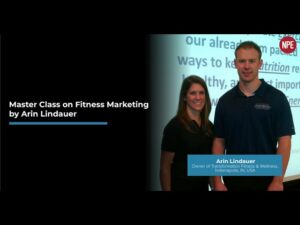 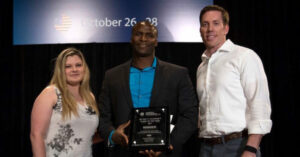