If you’re currently trying to grow a fitness business, but not making the money or getting the ‘traction’ you’d like to… there is a better way.

In just 6 months of working with NPE, she went from a struggling camp doing just a couple thousand dollars a month in revenue to the owner of a 6-figure business!

Watch the video to learn more about her story.

Wherever you are today in your business, you could be in a different place 6 months from now when YOU get the right business coaching and support from a team of “been there, done-that” experts and plug into a community of others working on the same goals you are striving for.

Audra Baker
The advice I would give to somebody who’s just starting out is Do not be intimidated, you have to start somewhere. And if you have the guts to do it, you, all you really need is the guts and the willingness to jump in and do it. Because if at least you have that, what MP offers is everything else.

I decided to start a business because I didn’t love personal training. I didn’t love training one on one. group classes really were taxing, I was teaching three and four a day, and then having personal training clients in between. I didn’t really like having a boss. And the whole idea of, of having my own business really appealed to me. I really wanted to run outdoor boot camps. I live in a beautiful area. And I thought, you know, I’ve been living here for a decade, I have a good list of clients, I can just get them together, and we’re gonna run a boot camp, summertime boot camp, and I had three people show up, and it was embarrassing. And I hated it. And it wasn’t fun to teach to two or three people and then some days, nobody would show up. And I didn’t like that so much. It wasn’t really working. And so I’m like, okay, maybe I’ll try some other emails and try some other things. But the truth is, I really didn’t have a clue what I was doing. I’ve never worked in an office setting. I’ve never worked in a business structure setting my degrees in Kinesiology and my background is in teaching exercise. So understanding business, it just doesn’t come naturally to me. So it was it was a quite a shock and realized I really needed some help.

I found MP at a at an event I heard a speaker and she was she was a webmaster and she was up there you know selling her websites to fitness people. And her name is Lynn and and I ended up deciding I needed a website and I and I started working with with Lynne Van Dyck and I ended up on her mailing list. And I mean, I probably had a website with her for probably two years. And she sent out a random email, which she hardly ever sends out in the email basically said, hey, there’s this really cool event. It’s called mega training. And these people are, you know, great, they’re legit, you should really check it out. If you can get there, there’s going to be some really, you know, heavy players in the fitness industry there. So I clicked on the link, and that pretty much opened the doors to NP I pretty much spent the next two or three weeks on my computer, looking through every article, every free report, I then basically found their public speaking powerpack. And their project manager pro though seemed like the best two places to start. And within a week, it was fabulous information, fabulous tools. But within a week, I realized Okay, I actually this isn’t going to fly. For me, I have a boot camp, I need to make this run I need to make this work. I’m just going straight into VIP. So I found some links for VIP bootcamp. And I found the whole registration process and I didn’t even get to sign up because they don’t let you sign up. You sit on a waiting list and it made me really want it and I’m reading everything and I put my application in. And within a week I was on the phone with Camelia and registered in the VIP bootcamp program.

Before I was part of NP before I joined the VIP Bootcamp, I had a boot camp for probably six months before. And the numbers in terms of money coming in was about 4000 was my biggest month. And then that was really big. It was about June of last year, and then it started teetering down after that I had no systems in play or anything. And as soon as January came around, which was essentially my first month with NP using the VIP bootcamp system, my numbers went up to, I said, 7000, but if I’m thinking back, it was probably more like 8000. And they kept going up by 1000 each month until I hit into April in May, which brought me into the 15,000 mark. So that’s the most money I’ve ever seen. Come my direction ever. My entire database before I joined VIP bootcamp was a little less than 300. And that’s all of the data all the information that I entered into iron Rainmaker, all the emails, I had all the information people that I knew. And after running my first campaign, which was the best body challenge, I ran it within 1015 days, my leads literally more than doubled. I my database went from a little less than 300 to over 600. It’s pretty phenomenal. It’s pretty phenomenal and every campaign I’ve run since then, it just keeps upping and up and up, and I’m about to the thousand mark now.

is done a really great job of creating community? One, you got a rocking coach. You know, you know, this coach has your back. It’s, that’s awesome. But too you have fitness business owners all over the country, even internationally, but specifically all over this country who are doing exactly what I’m doing. And and there’s a forum there and there’s conversation and in there’s synergy created it. It’s definitely helpful when I’m sitting out here by myself and not sure what’s going on, I know, I can go on and ask a question and somebody is going to have my back. The other way that I’ve experienced other people through NP is there’s a awesome opportunity to have a consulting days. So I have, you know, I have the owners of NP right in front of me. But even more than that I have other business owners right there helping and supporting me. And just getting to know them personally understanding their struggles and their challenges and their successes. It’s it makes you one feel lighter, you’re not alone out there. And to that, man, if this guy can do it. So can I if this girl can do it, so can I and it just it just builds the momentum and it builds the energy. Some of the tools that I use, right when I first joined VIP was systematic process. One, I use my coach a lot, and she essentially helped me get my business organized and structured, we use commander automatically into deep core learning marketing systems. So I had to understand the basics and the structure. And within literally within two weeks, I was getting Rainmaker completely set up, I was getting my entire database in there, which was not huge, it was a small little database. But that was my that was probably my first step into that. And within less than a month I was running my first campaigns. My business has evolved dramatically, even in the last six months since I’ve been with NP and I’ve been in part of the VIP bootcamp program. First, it was just me running all boot camps. And there was zero structure right now I have five instructors that teach and lead boot camps. I’m taking more people through the training process. So I’ve structured there, I have an admin in the background, who’s basically doing all of the backend work for me now. So I can just write a big ol checklist for her and it all gets done. So what’s happening is I’m able to spend more time on my business and not in my business. And that’s pretty phenomenal when you can do that. So a huge part for me now is I’m actually looking at numbers, I’m looking at sales, I’m looking at forecasting, I’m looking at what campaigns are doing well and what not just okay, well, that was fun, but analyzing it and seeing what’s working, what’s not working, I’m able to make little tweaks, which The truth is, you can’t do that. If you’re the one doing every single little piece of your business, there’s no way you can do that. So it’s been pretty phenomenal. And I’m excited to see over the next couple of months is this new phase that I’m entering in where I can really be on my business instead of in my business, I’m really excited to see it, to see the changes that are about to occur. I know what it’s like to be a little person with nothing, I don’t have a studio, I just wanted to teach some boot camps and have some fun and in start my business and it feels big and it feels scary. But the truth is, is that if that person who’s not so sure, and that person who’s struggling, if they just have a little bit of drive, a lot of desire and passion and the willingness to just jump in and do it. Then all the tools were there everything that you could ever need to structure and build a business is there. All you have to do is be willing to jump in and do it. It’s just been remarkable, where I’ve come in such a short period of time, six months but even more so what I see in front of me the direction that I have and the knowledge that I know that I will absolutely 100% get there. 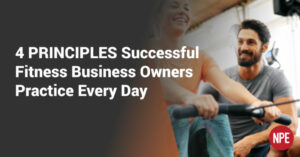 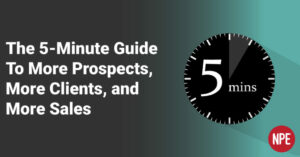 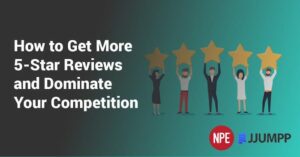 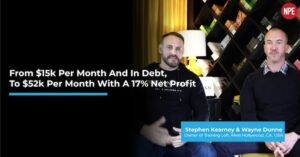