Meghan Feldman - "Left Jobs They Hated, Revolutionized The Healthcare Industry, And Grew The Business (And Life) Of Their Dreams"

Meghann Pullen and Corey Feldman started their own business because they wanted the freedom to provide healthcare the way they thought best served the patient.

Corey comes from a medical background, where he focused on sports medicine and nutrition, and even spent time as an athletic trainer. He realized he could do more than just athletic training and decided to transition into the medical field.

He went back to school and got his Physician’s Assistant license. While working as a PA, he saw there was a better way to treat patients.

“While I was working in urgent care, I realized very quickly that the way the American medical industry is set up, it’s all about putting a Band-Aid on something as quickly as possible. Insurance companies only pay for nine minutes of a provider’s time with the patient. I realized I couldn’t make the lifestyle recommendations to people in the time that I was given, so I wanted to do it differently. 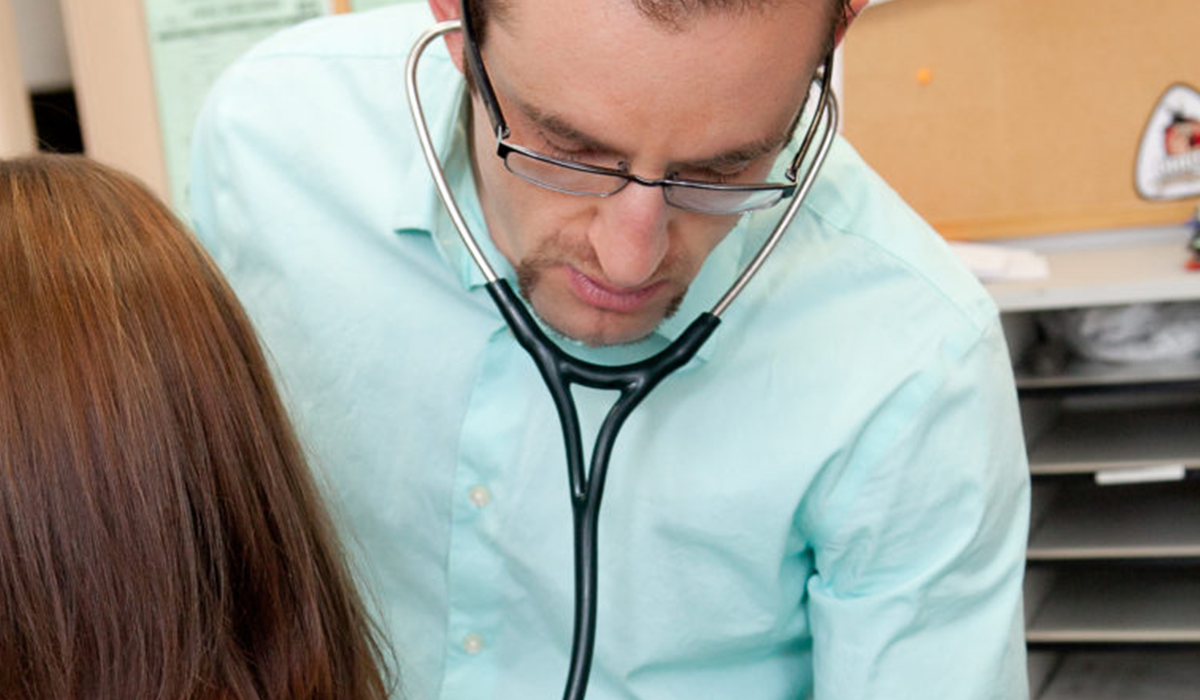 “Corey can now be the medical provider he’s always wanted to be.”

He wanted to combine medicine, fitness, and nutrition into a one-stop shop where he could help people, provide medicine if needed, and promote real lifestyle changes. Corey held onto this idea for seven years, and in June 2013, he and his girlfriend Meghann started Trivida Health.

They were both terrified. Neither one of them had experience building their own business. They were both working full-time at jobs they hated and spending all of their free time at Trivida. They knew they were going to have to put in crazy hours to create the business (and life) of their dreams.

“Corey and I come from very different backgrounds. He didn’t want to be in urgent care anymore, and hated being in a traditional medical clinic. So for him, starting the business was absolutely about having the freedom to treat patients and be the provider that he went to school to be.”

Meghann brought a strong background in business and she knew that Corey’s vision was going to take a lot of work.

They started small. They sublet a portion of the Taekwondo school Corey had been a part of for about 20 years. They started out with a quarter of the mat space, and pretty quickly they took over the whole mat.

The business continued to grow for seven months when they got some bad news. The Taekwondo school ran a groupon and got a ton of new students, which meant they needed their mat back. Meghann and Corey found themselves looking for a new space.

“We had a location across the street we thought we could move into, but that fell through 24 hours before we were supposed to move in. We actually squatted in an empty retail place that the Taekwondo owner had a key to. We’d pull our mats out every night, do our workouts, and the end of every workout was lugging 100-pound mats back and making it look like we were never there. It was a nightmare.”

It was tough, but they made the best of the experience, and it helped them realize that they wanted to have their own space.

“We knew we could do so much more and that’s really where the medical side came in. We went into the process of leasing a retail space. We had no money, no budget. We just kept believing that everything would work out. We just had to have faith and keep moving forward.”

In early 2015, Meghann heard that an NPE workshop was coming to Denver and convinced Corey they had to go.

“We went and it was like they were speaking to us. We were the people only making $1 per hour, probably less. We looked at each other and we decided we had to do this. We jumped right in with ACCELERATOR™ and the things we learned were mind-blowing.” 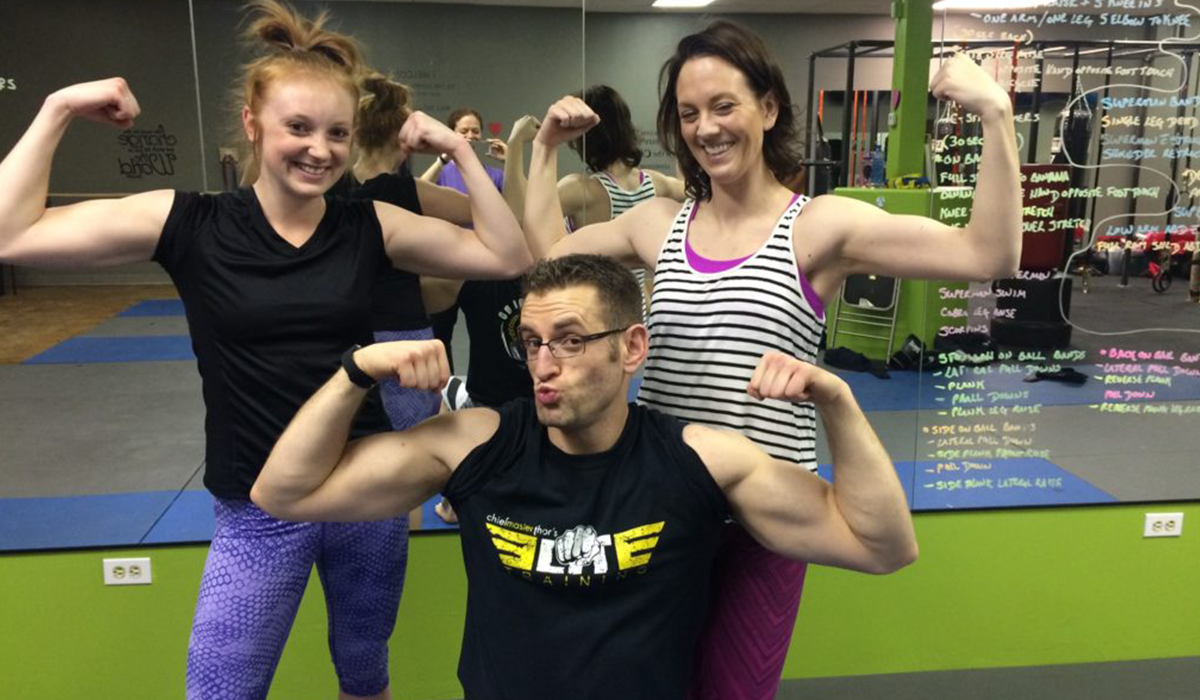 “Meghann and Corey now have fun at work every day.”

They had been pricing themselves low to keep up with their competitors, but quickly realized that they had no competitors. No one was doing what they were and with the help of their coach, Meghann and Corey began to charge what they’re worth.

“Our coach was absolutely amazing. He helped us recognize the value of what we do for people. That was a big turning point for us because we actually started making money. Then, learning AUTO-CLOSER® and learning how to bring people in – that was critical for our business.”

In October, Meghann and Corey had grown their business to $6K per month when they decided to attend NPE’s #MEGA TRAINING™ conference.

“We sat at #MEGA TRAINING™ listening to all these awesome client stories about people making $10K, $15K, $20K per month and we didn’t think we’d ever get there. We made a huge decision at #MEGA TRAINING™ to end our group training and switch to semi-private. We made the really tough decision to walk away from all that revenue and it’s just been the best decision we could have made.“

At #MEGA TRAINING™, Meghann and Corey also made the decision to #RiseUp to the NPE Program. When they got back home, they put all they had learned into action and the business took off.

“We did a Kickstart campaign in November and then we did another one in January. At the end of 2015, I had 2 clients and now I have 25. It’s amazing to know how well NPE’s systems have worked.”

Meghann continued to work full-time at her job for the first two years of Trivida. In September of 2015, she was finally able to leave her job and devote herself fully to the business. Today, both she and Corey work solely at Trivida, and they’re seeing big changes in their personal lives.

“It’s great because we can come in and work from 6-12, and have the flexibility to do more of what we want. We can leave for a couple hours and go workout or Corey can go to Jiu-Jitsu. It’s just provided us the lifestyle we wanted.” 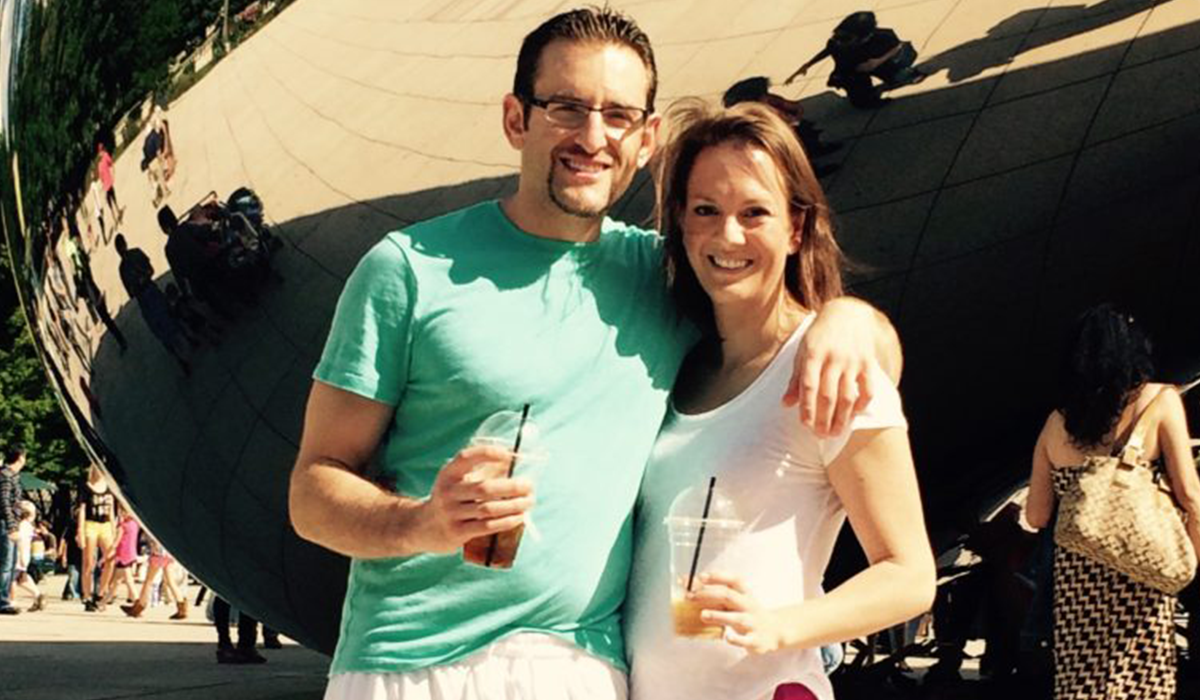 “Meghann and Corey have won the freedom to spend more time doing the things they love outside their business.”

Meghann and Corey credit their success to the systems and tools they learned from NPE.

“We’ve both grown so much. Now we’ve built something that we can be really proud of and we’re really successful with, and NPE provided that for us. Everytime I meet a gym owner, I tell them about our experience with NPE. We would’ve failed, we would’ve crumbled, and we probably would’ve broken up if we didn’t find NPE.”

The business is now at the stage where it’s financially providing for Meghann and Corey. They’ve grown from $6K per month to over $10K per month, with their sights set on $20K by January 2017.

They’ve also been able to hire additional staff, which has given them the freedom to do more of what they love. Recently, they were even able to take a trip to San Francisco while one of their trainers covered their classes.

“It was so nice to step away from the business and know that it’s still running and money is still coming in. It’s critical to know that we can be gone and still take care of ourselves, our clients, and deliver an awesome client experience.”

The future of Trivida is bright. Meghann and Corey plan to open at least two more facilities and eventually move away from working IN the business.

“We see ourselves moving up and not necessarily being in the business, but more creating the vision for the business. We want to always be able to come into any studio we own and work with the clients, but we definitely want to get to the point where we’re not in the day-to-day running of the business. “

“We’ve been in business our whole relationship so we’ve always had to be frugal. We’d like to travel more, and we’d love to finally start our life as a couple and it’s really starting to happen.”