Erin Howard – She Settled For ‘Just Enough.’ Now She’s Tripled Her Revenue And Runs Her Business From Overseas

Erin Howard plans out her day out of her home office in Cambridge, U.K. She checks with her full-time manager Ashley back in the United States on an upcoming yoga-and-wine event at a condo association … then Erin takes a pre-qualification call from a bride-to-be and sets up a sales consultation.

With her husband Caleb beginning work as a researcher at Cambridge University, Erin is able to keep growing a business that she loves (and her clients love)–despite her business being “across the pond.”

But it wasn’t always this way.

In fact, only nine months earlier, Erin was in her 12th year of supporting her family (graduate-student husband and three daughters), eking out about $3k a month in her in-home personal training business in Baldwin, MD-based Erin Howard Fitness.

To see if she could do better, Erin signed up for NPE in March 2017. After some intense NPE online training, Erin experienced what she describes as a fundamental mindset change, and things could never be the same again.

As if to test her commitment, life threw a twist of fate. Erin had to reset all her goals.

Here’s how Erin tripled her revenues within six months, and set up her business so she continue growing her business while overseas.

Happy just getting by. Really.

Erin Howard’s husband was a graduate student in ancient languages and civilizations of the Middle East, a long and arduous course of study requiring high levels of commitment.

As he worked his way through his studies (12 years worth), Erin supported their family as an independent personal trainer, working part time in others’ fitness studios, but also training clients on her own. She loved the work and she loved changing her clients’ lives.

But she didn’t always earn that much money, and she felt a lot of stress financially.

She went out on her own with Erin Howard Fitness in 2015, and a $200 check from a client accounted for her first month’s revenues.

She grew her business and made up her mind that as long as she could support her family and do what she loved for a living, she was OK.

Besides, even if she wanted more, what were the next steps? Her time was maxed out.

OK, maybe not so happy

She built her business to about $3k a month by February 2017. By then, she been receiving emails from NPE that indicated someone understood the challenges she faced as a fitness business owner and that she didn’t have to face those challenges alone.

Then there was the insistence that she could double her revenue.

“I am not a gullible person and I was very skeptical,” said Erin. “But I decided to give them a call and see what happened.”

NPE coaches asked her about her dreams, and she said, “It was simple. Provide for my family. Do what I love. I just wanted to make my monthly family budget, $4,000 a month.” (Erin made up the difference by working personal training gigs in other gyms.)

She was encouraged to dream bigger. She thought she’d be really ambitious and set a goal of $8k a month within 12 months at NPE. She signed up, not really believing, and began her online lessons. 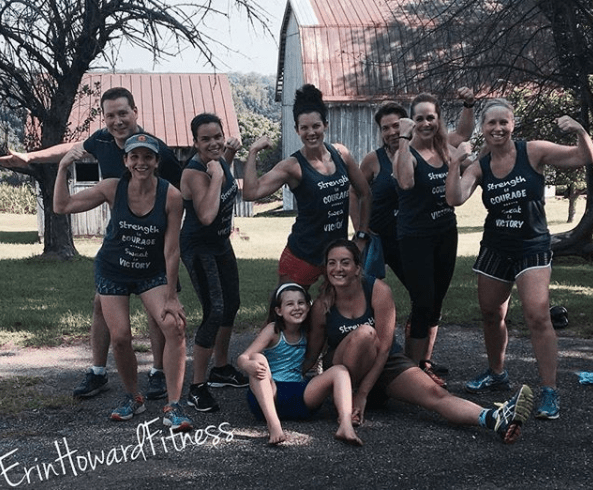 Erin credits the biggest change as mindset. In fact, she credits one specific lesson blowing a hole in her thinking–a “before and after” moment for her, where nothing could go back to the way it was. Lesson 5: Taking an empowering stance of the “Getting Started” series.

She said the changes that went into her thinking was practically like surgery.

“All those reasons I had given for being for being satisfied with those small dreams were, honestly, nonsense,” said Erin. “I was afraid of being a failure and what other people thought of me, and so I thought if I made small dreams and I accomplished those, I’d be successful. I was comfortable. I was afraid of setting big goals and being uncomfortable in the pursuit of those.”

“I decided that I could do more than I thought, especially since someone was believing in me,” said Erin. “And I decided that my desire to be comfortable wasn’t helpful. My first few weeks with NPE was about my mindset and my self-belief.”

Her first action based on this new mindset was to quit all her side jobs and committed 100% to her business. “I never had a business education, so I did everything NPE told me to do,” Erin said. “I followed the instructions. I did it. And that’s what brought the results.”

Excited, with a new mindset, and motivated, life threw her an unexpected curve. Two months into NPE, her husband was offered a research position at Cambridge University, U.K.

She was thrilled for him, but in another sense: “I was not excited,” explained Erin. “I have done all of this, am I going to have to give up on my dreams after all?”

But things couldn’t go back.

“I decided to hold onto the empowering stance, acknowledge the difficulties, and in seven months, grow my business, and leave the country.”

That meant coming up with a new idea for her business, because she needed to create a business bigger than herself, and in seven months, rebrand, train, hire, and market a new business. Fitness Theory was born. 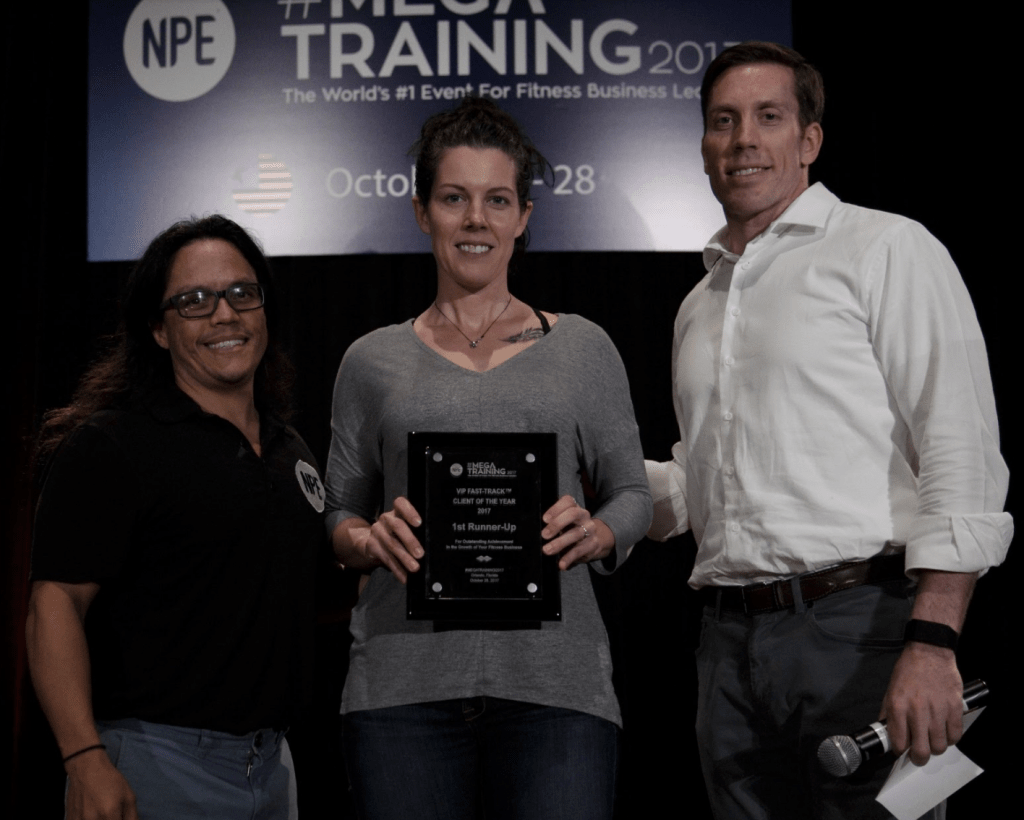 Through the rest of 2017, Erin focused on preparing her new business to be run from overseas. Fortunately, her NPE coach in the U.K., Greg Small, has experience running fitness businesses in Australia from the U.K., so he was well-placed to advise her.

Erin hired/trained a manager to run the business in the U.S. Erin directs the business, conducts sales calls, and continues to build her business and live her dreams.

“Our family was excited to move to England and all that comes our way,” said Erin. “I’m really excited about Fitness Theory and the change this has made in my life, and hopefully, the change that will affect all the other people that it touches.”

Looking to the future, Erin says:

“This is not just a successful business, but an investment in my future and my family’s future, and I could not have done that by myself.

“I am loving the pace of life here, working in and on the business, spending more time with family, and having more time to work out myself. I want to travel, and I want my children to experience Europe.”