Katrina Cobb – “From No Cash Flow, Growth, Or Security…. To Three Months Of Double-Digit Growth And Still Going Strong One Year Later!” 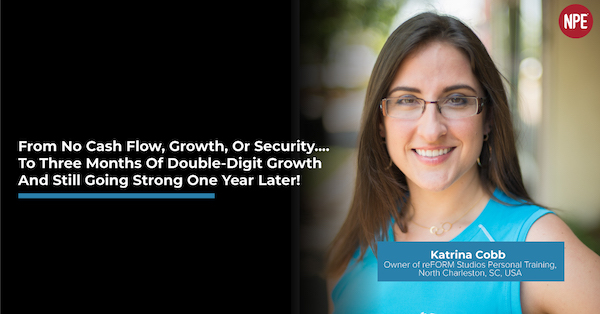 Katrina Cobb joined NPE and “reEvaluated” her business. She made more money in the eight months of 2014 after joining NPE than she did the entire year of 2013!

Katrina left her safe job as an Architectural Designer in San Francisco to move to Charleston to be closer to family. This was an opportunity for a major life and career change.

She started at a big box gym, left with a colleague to run a personal training studio until it went south, and then opened her own studio. She had no money, no savings, and used crowd funding to support the opening financially.

ReFORM Studio was opened in 2012 with just $1,200 worth of equipment, a can of blue paint, and a deposit on the lease. Katrina had keys, a sign, and trainers – what more could she need to succeed, right?

After one year, the business was struggling with no cash flow, no growth, and no security. Katrina was struggling monthly to keep the doors open and started borrowing money from her widowed mother, who had put four daughters through college on an elementary school teacher’s salary after the tragedy of her military husband’s suicide.

Katrina knew she had to make a change and looked for a local business coach or mentor, but with no luck. After researching online, she found NPE, registered for an AUTO-CLOSER® webinar, and then maxed out her credit card to join NPE’s ACCLERATOR™ program.

She reevaluated everything in her business, raised her rates, added semi-private sessions, taught her staff AUTO-CLOSER®, and hired better trainers – and she immediately started seeing results! Katrina had three months of double-digit growth and grew her average monthly revenue from $7,500 to $15k.

But then Katrina started facing new challenges. After just four months as an ACCELERATOR™ member, she decided to join NPE Coaching Program and brought her focus on adding VALUE for her clients and revamping her marketing. Her goal was to double her business, and she is almost there!

Thanks to NPE, Katrina is now able to leave her business knowing that it’s in good hands and will still make revenue. She is working towards finding a balance in her own life between work and health, but is happy that she hasn’t had to borrow money from her mom since joining NPE! She says, “it’s great to be able to switch from need to want!” 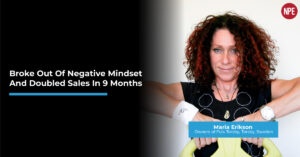 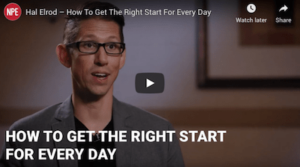 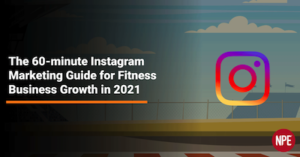 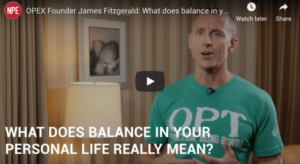 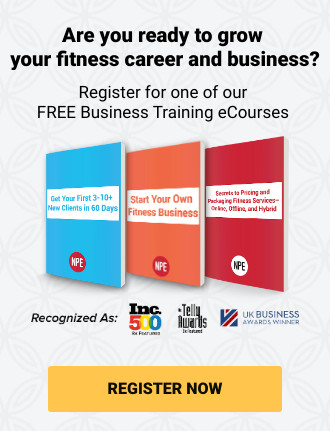 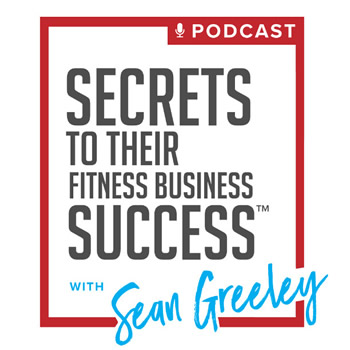