Have you ever asked for feedback from your staff (or clients) on how they think you’re doing? How would you handle negative feedback? Would it anger you, inspire you, or what?

Kevin Webb, owner of KW Fitness in Binghamton, NY, USA sent out a leadership survey to his team, expecting positive results. And some gave high marks. But two gave him some criticism that really hit home, and one person was deeply unhappy.

As it often happens, people react to harsh reviews.

“Any time you get negative feedback like that, that’s what you focus on,” said Kevin. “I was like, ‘I thought I was doing awesome at this … I’m a great boss, we’re relaxed here, we have fun.’ It’s amazing how our viewpoints are different between how you think people see you and how people actually see you. They didn’t say I was a terrible person. They just said my leadership skills weren’t up to par and pointed out where they should be.” 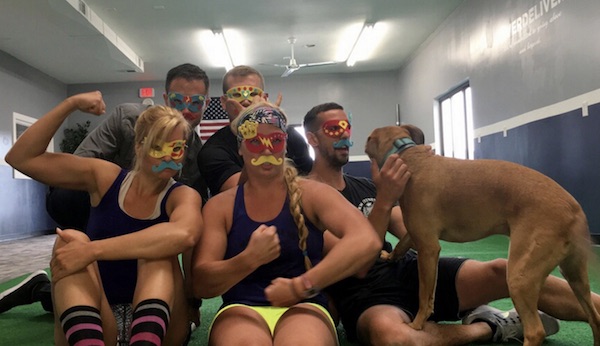 Some truth to criticism.

Kevin reflected and talked the survey results with his NPE coach. Kevin had to admit that there was some truth there. He had asked his trainers for ideas and feedback, then not followed up. Others had initiated ideas, and he had brushed them off and stayed focused on what he was trying to accomplish – a one-track mind, as he described it. He had built the business staying focused, but at a certain point, he had to take a step back and listen to others in the trenches with him.

He worked with his coach. When others initiated ideas, he recognized what was happening and got off his “one-track mind.” He gave ideas a hearing. He asked questions and explored ideas more. He took notes on ideas that needed to be followed up on and became ready to make decisions.

That fit into a large bundle of leadership skills he sought to develop. His coach helped him to learn how to:

“I get advice from people in the NPE community,” said Kevin. “Which is a really huge asset to NPE. You can post something in the NPE  Program forums, and you get a response.” 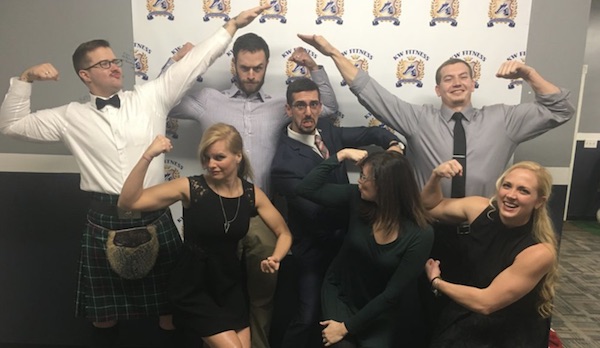 And get down to the work, with an occasional flex break.

Kevin made the effort to trust his people more, giving them freedom and responsibility to build the business.

“The people in our corporate wellness programs — the employees are crushing results,” said Kevin. “They get a full nutrition program. It’s individualized to every employee who is participating. There’s a group workout for the employees twice a week, a trainer comes on site, and then every four weeks we do assessments and track their progress.”

About a year ago, another leadership opportunity presented itself when his head trainer joined the Navy reserves. The trainer was working part-time prior to leaving for boot camp.

After six months away, that trainer wished to return. Kevin made a risky decision. He didn’t really have the hours to pay the returned trainer, but he had been a great worker whom the clients loved. Kevin wanted him back on the team. Real leadership is moving your team to where it will be, not where it is.

Kevin took the risk and brought him in. The trainer returned to his position as head trainer and added value through nutritional counseling and assessment. The company grew with sales and Kevin was able to give him more and more hours.

As it often happens, things change — one of his other trainers left, and Kevin was able to transfer the hours to the head trainer. Kevin demonstrated leadership by moving his team in the direction of where it would be, instead of assuming it would remain where it was. 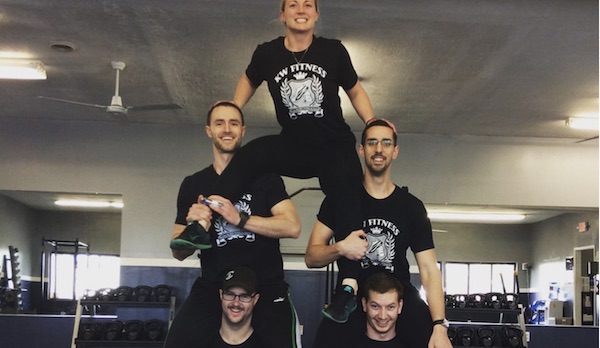 Finally, leadership gets the team up a level–or two or three.

Kevin’s efforts to strengthen leadership skills have paid off. More of his staff than ever are involved in successfully growing the business and they are crushing it when building business for the gym. Among the home runs in 2017:

Kevin credits his PRO MASTERMIND™ program for helping him listen more to his trainers and become a better leader: “NPE pushed me outside of my comfort zone.”