Matt Wattles - "He Struggled To Get New Clients In The Door. Now He’s Added 16 New Long-Term Clients And 2x His Monthly Revenue In Just 60 Days"

His schedule is full with 31 great clients (16 of them brand new) and he’s got a new confidence (and real systems and tools in place he can use) to bring in more new clients anytime he wants or needs to.

Even better, he’s still learning how to apply new systems to get more clients. Yet he’s growing past being a one-man shop and now starting to think of himself as a fitness business owner and looking to hire quality coaches to free him up.

But just two months back, Matt wasn’t confident. Sales and marketing were missing pieces of the puzzle — he was handling everything himself, and wasn’t sure how to go about bringing in enough new clients to grow to the next level.

Now he has already 2x his monthly revenue, gotten recurring payments for the first time, and added 16 long-term clients to bring his total to 31. That’s nearly $4.5k in new revenue right away, and more than $12k total revenues.

His great efforts and results have earned Matt Wattles the title as Class Winner of the May/June 2018 AUTO-CLOSER® course. 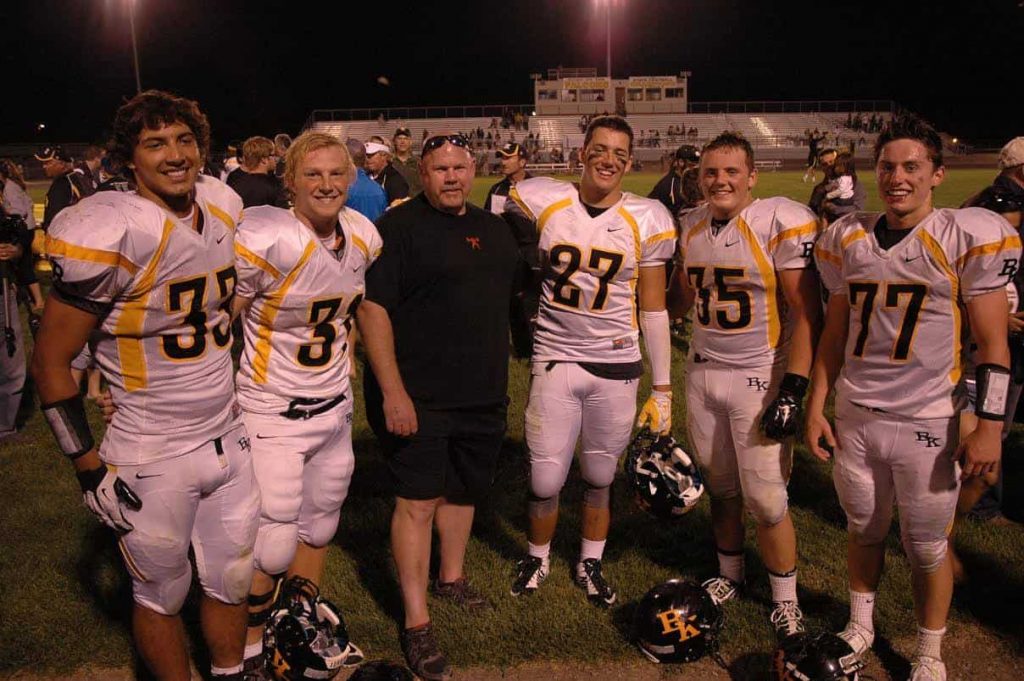 Matt’s focuses his clients on the strength, speed, and agility metrics required to excel, and that’s part of how he’s sent 153 athletes to the college ranks.[/caption]

Matt Wattles is a former strength athlete who trains high-end athletes at Competitive Edge Athletic Performance Center, Meridian, ID. His niche was preparing young athletes to develop the speed and strength they’ll need to compete at the highest levels.

Matt has a bachelor’s and a master’s degree in exercise physiology, and has published research articles in academic journals and presented his research at conferences over the years. He’s a past president of the American Society of Exercise Physiologists, and he’s been coaching and training people for more than 20 years.

He has also worked with Division I athletic programs and professional sports teams such as the New York Yankees and New England Patriots.

‘No one ever taught me marketing or how to sell’

But with all the success in his field and with helping his existing clients, Matt always found it difficult to bring on board new clients.

“No one ever taught me marketing or how to sell,” said Matt. “And obviously, that’s a huge component of the fitness industry. You could be the best fitness trainer out there, but if you don’t have good sales and marketing, you’re going to struggle. And that was my biggest struggle.”

And Matt wasn’t sure where to turn. Online research didn’t give him the information he needed, or the “reps” he needed to perfect sales consultations.

“I had a lack of understanding of what I needed to do,” explained Matt.

Worse, he didn’t have a lot of time. But he had to try something.

Matt signed up for the most recent class of AUTO-CLOSER® because he’d successfully worked with NPE previously.

“I started with NPE years ago and purchased [a former product called Backstage Pass] early on when we first opened the Competitive Edge facility and used the basics of that to create a lot of what we have now,” said Matt.

But he never had direct training in sales and marketing.

“What I really like about NPE is you just follow the systems,” said Matt. “It makes things a lot easier.” 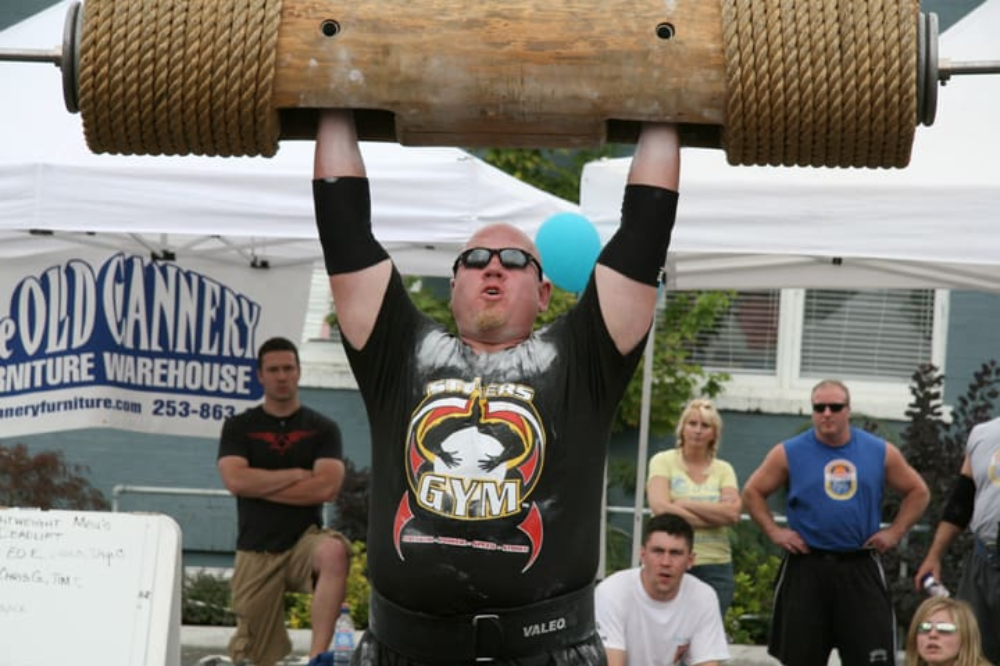 Matt started out as a strength athlete, and his passion for competition led to his creating a fitness business that serve youth, collegiate, and pro athletes today.

‘I have a great relationship with my clients, but I just wasn’t reaching out for referrals’

“Matt has been ON IT from the beginning. He is super-committed and super-excited. He worked through each lesson, and paused and did the homework … he did weekly updates in our Facebook group, and participated on every coaching call as well,” said Katrina.

“Like a lot of people, Matt never thought of sales as a system. Sales is just ‘in hustle mode,’ wondering who to talk to and what to say. With a system, you know exactly who to work with, exactly how to get those people in front of you, and exactly what to say to them. The goal is to take the stress and confusion out of how to sign new clients,” said Katrina.

“Matt dove in and followed the directions. He didn’t pause for doubt. He implemented as he went along and he got results,” said Katrina.

Matt said that learning the sales consultation process has been helpful, as well as packaging and pricing information, but the biggest changes to his results came from referrals and networking.

“I have a great relationship with my clients, but I just wasn’t reaching out for referrals,” said Matt. “I think before if I had more of my system in place, I would have done better.”

Once he did reach out for referrals, his world changed. His clients were happy with him and happy to provide names of their friends and colleagues who wanted his help. Like a lot of fitness professionals, he’d been too busy to ask, and he hadn’t had a system for how to ask and how to follow up with a process to bring the person all the way to coming on board as a new client.

And once he asked, he had great new leads and a system for converting them.

His second favorite section was networking — reaching out to other professionals who can supply you with leads.

“I really like the networking section. I have a local orthopedic clinic for sports medicine feeding me a lot of clients … but the more I get out and talk to people, the more I’m going to make headway.

Matt’s effort generated immediate results. He has brought in 16 new clients using the referral system he learned. That has added up to nearly $4.5k in new revenue right away, and the total value of the packages he’s sold is more than $12k.

That leaves Matt with not only almost 10x the purchase price of the course, but another $8k in revenue on the way. Matt’s results more than doubled his total number of clients before the class and nearly doubled the revenue.

Matt’s success with the referrals topped the May 2018 class’s performance.  As such, Matt Wattles is the May 2018 AUTO-CLOSER® Class Winner, and entitled to a full refund of his tuition. 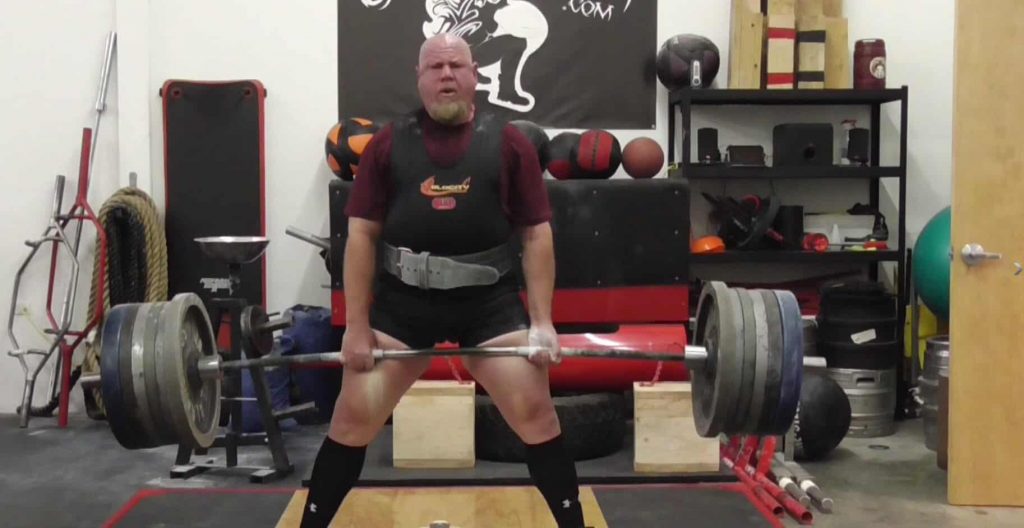 Deadlifting more than 700 pounds requires focus, consistency, and intensity–qualities Matt passes on to the young athletes he trains.

“Business is booming,” said Matt. “Now I need systems to handle the growth.”

Ric added, “Matt was able to get much longer term commitments from his clients. Now he’s not just month-to-month but can project out to the future … and he shifted his belief thinking he was the only one who could do sales to understanding that he has a system and tools now so that anyone can do it. He now has the confidence to see how he can scale the business beyond just him.”

Matt said the biggest reward of AUTO-CLOSER® is new confidence.

“I have a solid understanding of what I can do with this now,” said Matt.  “I’m still new to this … I’m still doing things wrong, but the more I implement this, the more I practice this, and the more I’m starting to see the light at the end of the tunnel … where I can train other people on this.”

Matt’s excited about the future.

“This has buried me right now, but I can see that in the next months this is going to free me up so I can start hiring. My next biggest goal is to bring staff in to help and assist with this and I need those systems to train staff.”

Matt sums up, “So far, it’s been just me … the trainer and the coach, and I have to separate myself and become a business owner.”