Paul Fetters knows his stuff when it comes to personal training – after all, he helped shape the industry.

In 1979, Paul left Michigan and moved to Venice, California to pursue his dream of becoming a professional bodybuilder. Without even having an apartment, Paul joined Gold’s Gym, a popular spot for people who were trying to make a name for themselves in competitive bodybuilding. The owners let him live in their parking lot and use their showers until he found a place to live.

Although Paul had a regular job working a 40-hour work week in the early 80s, he didn’t like it and found he was happiest in the gym. In 1982, Paul fell into personal training – a phrase that didn’t even exist back then.

The Gold’s Gym in Venice was full of bodybuilders who trained for competitions, but one 40-year-old housewife didn’t let that intimidate her. She trained at the gym, and Paul was so impressed that he befriended her.

One day, she told Paul that she wanted to hire him to help her train. But he declined since he was already short on time. Paul was still working eight hours a day and training for his bodybuilding career.

By the time Paul had three clients, he was making more than he was working 40 hours a week at his day job. He immediately quit and started pursuing personal training.

But the industry was different back then – everything was referral based and once he had six clients, he didn’t want anymore so he could still train as a competitive bodybuilder.

In 1989, there were 70 trainers all working out of Gold’s Gym. During that time, Paul met his wife Carolyn and they had four children within five years. 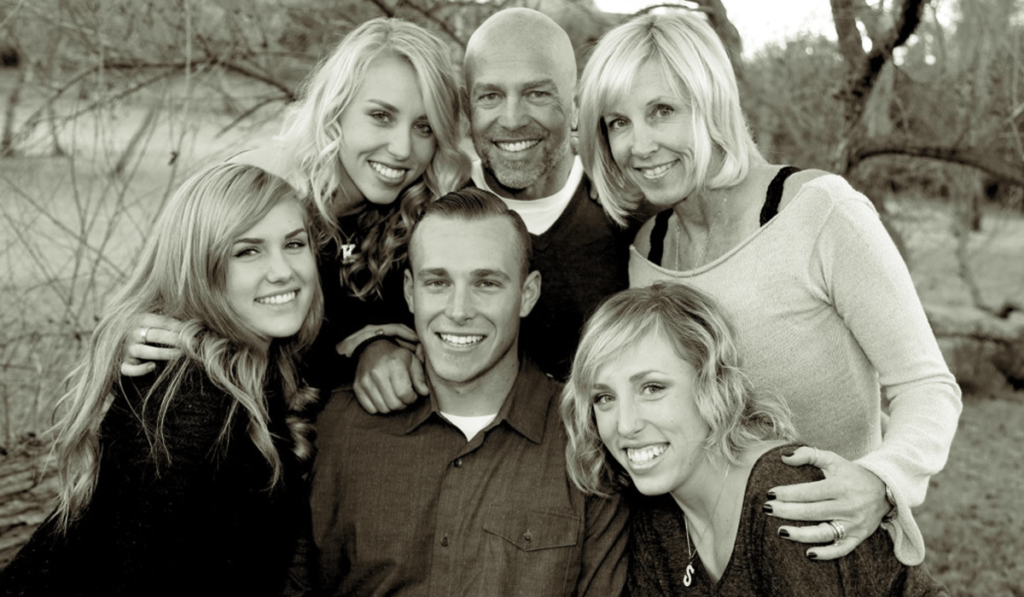 They started thinking about places to move because there were a lot of riots happening in Venice. Carolyn grew up in Orange County and suggested they move the family there so the kids could grow up in a safer area. They went down to scout places on a weekend, found a place to rent, and moved within two weeks.

But all of Paul’s clients were still at Gold’s Gym in Venice. He continued driving about 35 miles each way as he slowly built up his business in Orange County.

“It took about four years of driving back and forth, but it was worthwhile being able to move my family to a place with good schools and a good community.”

Paul remembers his last day at Gold’s Gym as a turning corner in his life. He retired from bodybuilding for about five years and focused on growing his business in Orange County, taking care of the kids, and being around for them.

But supporting his family inspired him to create something that would forever change the personal training industry.

“Having kids and getting a mortgage kind of inspires a guy to rise to that occasion. You can only train so many people in a day when it’s all one-on-one training. You can only charge so much. There’s a cap. Even if you’re the highest paid trainer, there are only so many hours in a day. I had to figure out something I could do to change that.”

In 1997, Paul and Carolyn put together a gym in their garage and created something that would forever change the personal training industry: semi-private training. He started training several of his clients at a time, and they liked it because he cut their fees. Instead of paying $90 – $100 an hour, they only had to pay about $50 an hour. He was training more people and making more money.

“Once I got that working, I remember telling my wife, ‘You can’t tell anybody about this!’”

Business picked up quickly. Paul was training 100 sessions a week and started outgrowing the garage. In 2001, he opened a new location in Huntington Beach called The Training Spot and grew the business primarily through referrals. He still remembers the very first customer who wasn’t a referral and just walked into his business wanting to train.

“I didn’t even think about that. I thought, ‘This is great! Maybe I should do something else, like put up a better sign.’”

Paul continued getting more clients and growing his business for years before discovering NPE in 2010. After seeing an ad in a trade magazine, Paul flew out to Orlando to meet Sean and discuss the possibilities of becoming an NPE client. He joined an early version of PLATINUM™ to consistently get one-on-one training with Sean plus the benefits of all the systems, tools, and coaching.

“I told myself from the beginning I was going all in. I signed a three-year contract and looked at it like I was going to school for three years so I could be super focused on the business.”

Before he dove into the marketing aspects of his business, he knew he needed to get organized structurally. Paul spent his first year working with NPE on his finances, hiring processes, staff meetings, etc.

That work paid off. In his first year working with NPE, he doubled his business only from working on the business structure – he didn’t even start advertising yet.

One of the biggest results Paul initially saw after joining NPE came from a Reactivation Campaign. Paul had been in business for about ten years and had lost clients over time for one reason or another. With the help of NPE’s Reactivation Campaign, Paul dug up about 100 names and sent them three sequences of letters and emails with a special deal to come back.

“The wording was just brilliant – so many people were happy to come back. Now we run that reactivation campaign twice a year.” 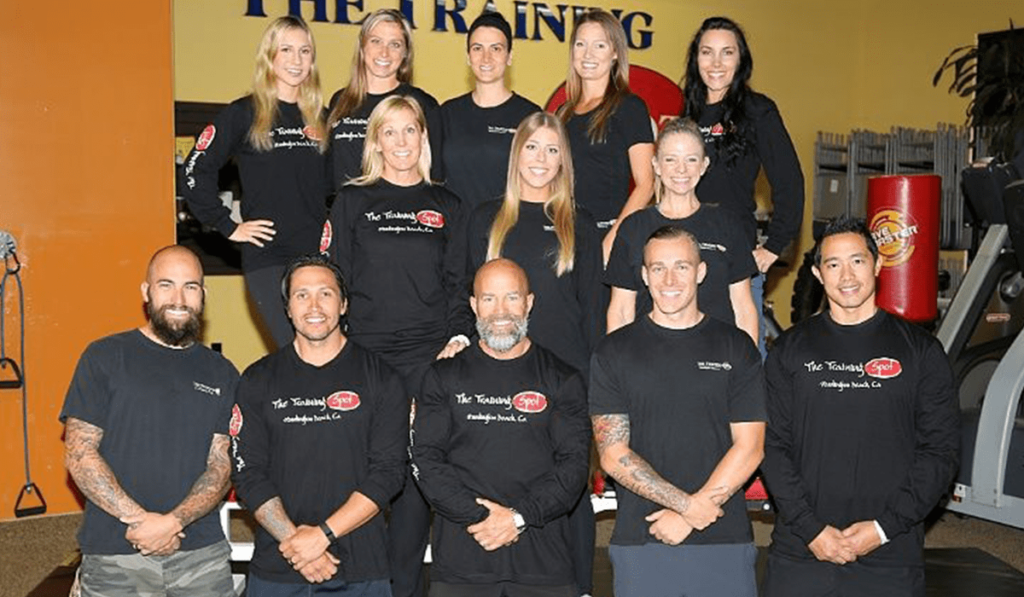 As Paul got more clients, he realized he needed to develop a team so he could start working ON the business instead of IN the business to accelerate his growth. When he told his clients he wouldn’t personally be training them anymore, he got some resistance:

“They looked me in the eyes and said the day you stop training us is the day we quit. I had been training them for years, and I looked back at them and said, ‘Really? You’ve had tremendous results and you’re going to quit? Here’s what I promise. I’m going to hire a trainer who is better than me, who is going to take care of you better than me, and I’m not disappearing. I’ve moved back a little bit so I can support you better.’”

Taking a step back allowed Paul to grow his business like never before. Paul now has 15 employees and three locations. In 2006, he opened a second facility in mainstream Huntington Beach (just four blocks away from the ocean), and in 2014, he opened a third location in Costa Mesa. 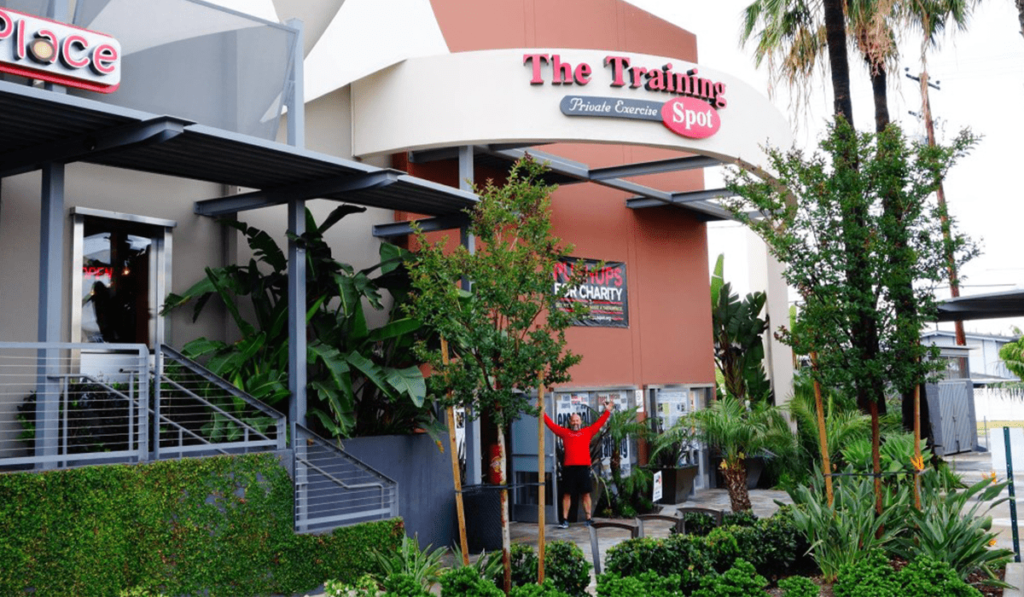 Although Paul has been with NPE for several years, he still loves reaching out to others for advice and having access to those gym owners.

“I’m continually learning myself, and there are different business owners who do an amazing job in the areas of their business that maybe I’m not doing quite as well in. Why would I want to reinvent the wheel? When I was first hiring managers, I found another gym owner who already had a manager, so I asked him what the process was like, what credentials he was looking for, how much they were paying, etc. Even though they’re in different locations, having that community, and even Sean, to help you make a smart decision is huge.”

As an NPE veteran, Paul also loves giving back to the community and helping other fitness business owners.

“If someone with this community reaches out to me and says, ‘Hey, I want to change my business model to do semi-private. How did you do it?’ I’m thrilled to be able to help them.”

Even with a growing business and being an active member in the NPE community, Paul still enjoys the freedom he’s created for himself by evolving into a business owner. He stops working at noon every day to train for about two hours, which is a non-negotiable for Paul as he’s training to compete in a bodybuilding competition one more time. 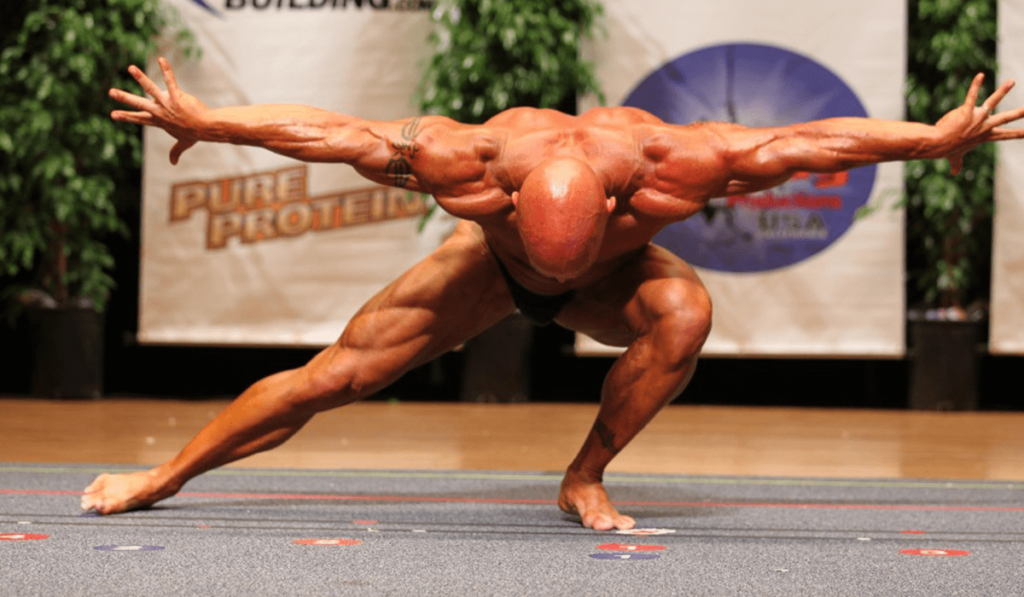 So what’s the next step for Paul who has a business that always crushes, the freedom to tackle personal goals, and an awesome team that is still growing? With the help of NPE, Paul’s focusing on being a leader and enjoying all of the challenges along his journey:

“I don’t think you can compare me before NPE and after. They’ve taught me how to become a business manager, a business owner, and they’ve shown me how to go from working in the business to working on the business. I loved the steps and seeing the results. Loving those steps, growing into them, and then seeing what’s next as a fun challenge – that’s what keeps it exciting. That’s one thing NPE is so great at doing. Asking, ‘What’s your life dream and how do we get there?’”