Paul Wintergerst – “Stopped Winging It And Increased Monthly Revenue $37k In ONE Year!”

After college, he got a job at a finance firm, worked hard for five years, and was named a partner of the fund by his mid 20s.

“I was making over half a million a year and didn’t have a care in the world. Life was good. Everything was great, but I still had a pit in my stomach that this wasn’t really what I wanted to do.”

When one of his deals went south, Paul lost all of his money overnight. It was the first time he hit a hiccup in his life, but he went back, put his head down, and made all his money back within a year.

But the first week when he started to break even again, he lost another $250k. Paul wanted to take a hiatus and go to South America to figure out his life and decide what his next move was.

Around that time, Paul and his friend, Mario, ran into Shawn Smith who was doing an infomercial for Shaun T’s INSANITY®. Shawn told them about how he was training every day, having food prepared for him, and getting nutritional coaching.

Paul had always been into fitness and thought the idea of training combined with prepared food and nutrition coaching could guarantee success for people who wanted to get healthy. Paul, Mario and Shawn dove right into starting a business.

“I had some money saved, which looking back wasn’t the greatest thing because we had no plan at all. I had no idea how to be a business owner. We knew how to get people results with fitness and food but I had no idea how to actually run a business. We wasted a ton of money through the first two years. I lost all my money, and we ran our business completely into the ground.”

Desperate to grow their business, Paul and his team hired a marketing firm for $3,500 a month. Although the company was great at making presentations and getting them psyched up, the company was slow to take action. Three months and $10k later, the company started their first mailer campaign. Paul had to buy a list for $900 and mail it out for $1,500.

“We got one email lead from it – that’s it. I had no systems in place, I had no funnel, and I had no follow up. I didn’t even know what to do with that email when it came in. We didn’t even convert that person. It was a $5,500 email.”

Paul and his team made other mistakes along they way. With just 20 clients, they hired a full-time chef on salary and a part-time nutritionist who was just using PhatBurn to get clients and put them through her own system.

When they realized that they weren’t getting good studio times because they ran all of their training sessions out of other gyms, they decided to open a studio of their own.

“We still had no plan. There were successes, there were a bunch of failures and hard times and stress. We ran out of money, I ran out of money. I was at rock bottom. The business had under $1k in it. I wasn’t paying my mortgage, I had no money for gas, and I was eating the PhatBurn food.”

Two years after opening their own studio, Paul saw an NPE postcard in the mail that caught his attention. He recognized a picture of John Berardi on the front of it because they had just purchased Precision Nutrition, so he read through the postcard, downloaded the marketing report, and watched a video.

“I couldn’t believe how simple it was and that I could actually start doing it right then and there.”

Paul’s partner was already doing email blasts, but they didn’t have the structure in place or anyone to guide them or answer questions when they ran into problems. With just $1k in the bank and 19 clients, Paul convinced his partner to jump right into the NPE Coaching ACADEMY™ Program in January 2015.

As he was filling out the application to join the program, Paul couldn’t answer some of the questions. He had no idea what his average client value was or how many prospects they had in a funnel.

“The first thing NPE told us is that our program didn’t make sense. Our margins were terrible, we had to raise the rates on all the clients, and doing all this stuff was taking a huge leap of faith.”

Paul and his team combined their programs, and cut down to one trainer at a time instead of two. He had to tell his landlord that they couldn’t pay rent for three months. They took out a $10k unsecured loan for a mini build out at their facility, which caused tons of stress and anxiety among all of them.

But things started to look up in January. They launched their first 28-day fat loss challenge from a pre-built campaign, but Paul was initially resistant to it. He didn’t like the landing page or the copy, but it worked. It brought 30 people in their doors.

“It was just amazing following exactly what the instructions were, and then it worked exactly how they said it would.”

After the 28-day challenge, they opened up the NPE Marketing Vault and launched a 21-day kickstart campaign, which worked twice. They started looking at the NPE Facebook group, watched a video on how to create Facebook ads, and started implementing them. Now they pay $5 per lead as opposed to $80 before.

And it paid off.

Paul and his team implemented systems like Infusionsoft, which plays a huge role in their success and gives them time to focus on their business. If they follow up with a lead three times and don’t get an answer, they have an automatic email go out and then the lead is automatically placed in a 30-day drip campaign.

Fifty percent of the people that come in for a consultation at PhatBurn are somewhere in that 30-day drip campaign.

“Follow NPE’s guidelines, listen to their coaches, and listen to the people in the community. It’s an awesome, unbelievable feeling to know that you’re set up for success.”

PhatBurn has big plans for the future and is working on opening a second studio in Stamford, Connecticut in 2016. Paul recently bought out his business partner, Mario, and is working to continue improving as a leader and empowering his team.

“We’re not winging it anymore. We have a plan at Phatburn. We have advice from people who are doing it better than us, and I know that’s the formula for success. If you’re scared to give NPE Coaching Program a chance because of money or because of anything that’s holding you back, that’s already the indicator telling you that you have the answer. You just have to act upon it. Fear is telling you that you are moving in the right direction.” 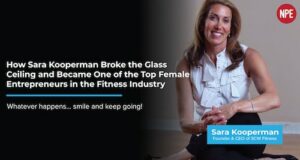 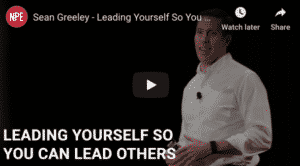 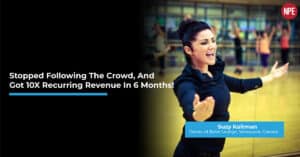 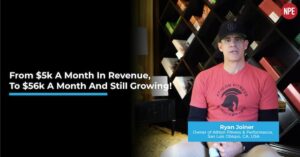