It’s 5:30 a.m. Are you going to train your first client of the day? Or is there something else you’d rather do?

Tanja Shaw started out as a personal trainer in a small city an hour east of Vancouver, BC. She trained clients from 5:30 a.m. to “late at night” in several locations. When her husband asked her how much she made a given month, or how many clients she had, she wasn’t always sure.

She was happy, but looking back she realized she was weighed down with responsibilities. And something more—she found business scary.

Six years later, she’s gotten the promises of being an NPE client. Tanja sleeps past 5:30 a.m. (if she wants) and drives her son to school every morning. Her family vacations in places such as Hawaii and Europe, she takes days off when she needs to, and she runs the business and allows her awesome team to do most of the training.

She knows her numbers, she’s got her systems in place, an awesome team of seven working in her fitness studio, Ascend Fitness Coaching, in Chilliwack, BC, Canada, which consistently produces over $55-60k a month in monthly revenues. 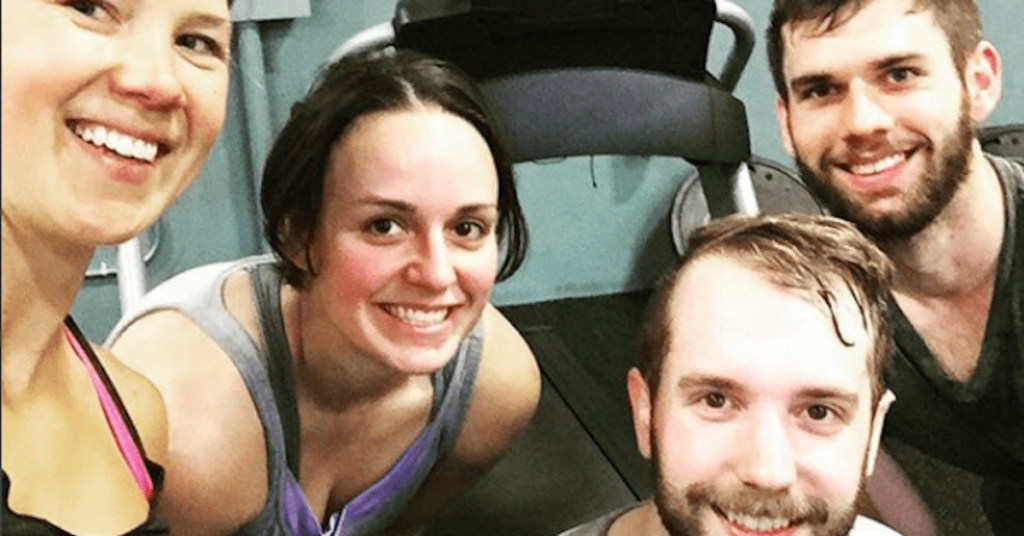 Enjoying life, but unfocused … without a plan … scared

Tanja Shaw has stayed active her whole life. As a teenager, she won the Canadian Junior Nationals in the modern pentathlon and a national pistol shooting championship.

In her 20s, she turned to triathlons and half marathons. For charity, she cycled across Canada (Tofino, BC to St. John’s, Newfoundland). And in there she earned a degree in kinesiology at University of Victoria, BC.

Loving the active lifestyle, she began personal training. She soon had about 30 clients at several locations in and around Chilliwack, BC. She was working from 5:30 in the morning until late at night, and traveling from place to place. She felt her optimism weighed down from all the effort, and she felt unfocused, not really sure of the next step.

Given her competitive background and her education, she began to wonder about doing more than being an independent personal trainer. But the next step was a real leap into the unknown. Run her own business? The idea was scary. She wasn’t sure she could do it, even though she thought it sounded fun. For four years, she remained right there.

She chose to MAKE a decision, and not just let things slide

One day she was flipping through canfitpro magazine. There was an NPE ad of a client jumping up in front of his new car. The moment struck her. She didn’t realize that there was a different way, one with more opportunities.

She “jumped on board” with AUTO-CLOSER® and other lessons. She watched all the videos, did all the “school” work, and took all the tests. She was a great student.

And then she didn’t implement anything. “There was this thing called fear,” explained Tanja.

She was a turning point. She knew that not deciding meant she was going to do nothing differently. She rejected that option and instead decided to choose–either do nothing differently and keep going along as she was, 5:30 a.m. training sessions and all. Or as a pistol shooting champion, she could take her best shot, join NPE Program, and see just how far she could go.

“I always struggle with vision,” said Tanja. “I joined because I didn’t know what the possibility was. I didn’t know where I wanted to go. But I was like, this sounds cool, let’s try it. I’ve got nothing right now, If I had lost my initial investment, I’m not going to go bankrupt. I’ll be fine. That was kind of my mindset at the time. And through NPE, I always kept getting better. I was just like, let’s try this. Let’s see what happens when I do this.”

She signed up for the NPE Program. And that’s when things began to change. 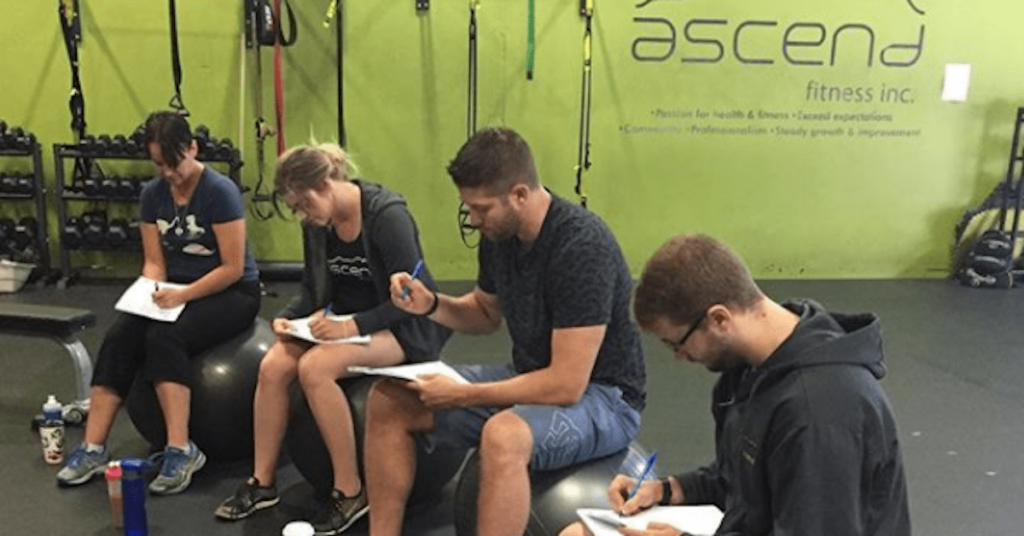 She reviewed her business with her NPE coach. She had about 30-40 clients, and a great month was $8,000. That was fully booked as a personal trainer, working early mornings and late nights. There were vacations, but she didn’t get paid during them, as an independent personal trainer.

She found the personal growth–overcoming fears and learning new things–to be the key to the whole process of building her business and creating the life she wanted.

“Once you overcome those challenges, it seems like every challenge that happens after that doesn’t seem so bad anymore,” said Tanja. “The more you face a challenge, the more it becomes a part of the process and less of a huge stress.”

She implemented AUTO-CLOSER®, sent out the marketing campaigns, hired coaches, and did the personal growth necessary again and again to keep up with her business. She did a social media contest that drove in more than 100 leads, and she responded to each personally, and had the automated system that made it possible to nurture them from there. She did public speaking. She put in place all the systems–from marketing through finance–needed to grow her company.

“I think the real successes is with the internal … the growth as a person. Your business stretches you in different ways, which I think is pretty fascinating. And I like how NPE puts intention behind that. They don’t just coach you on the marketing. Or, just tell you how to make pretty sales copy or anything like that. They really coach you as a person. And that’s pretty…I think that’s pretty important.”

For six years, Tanja has gone through three levels and taken herself and her business to the PLATINUM® level. She opened her own fitness studio. She brought in and trained great coach after great coach and they’ve formed a tight team–a team that keeps her clients happy. As the company has grown, she’s revisited the systems again and again, to make sure that’s still the best way of doing things. 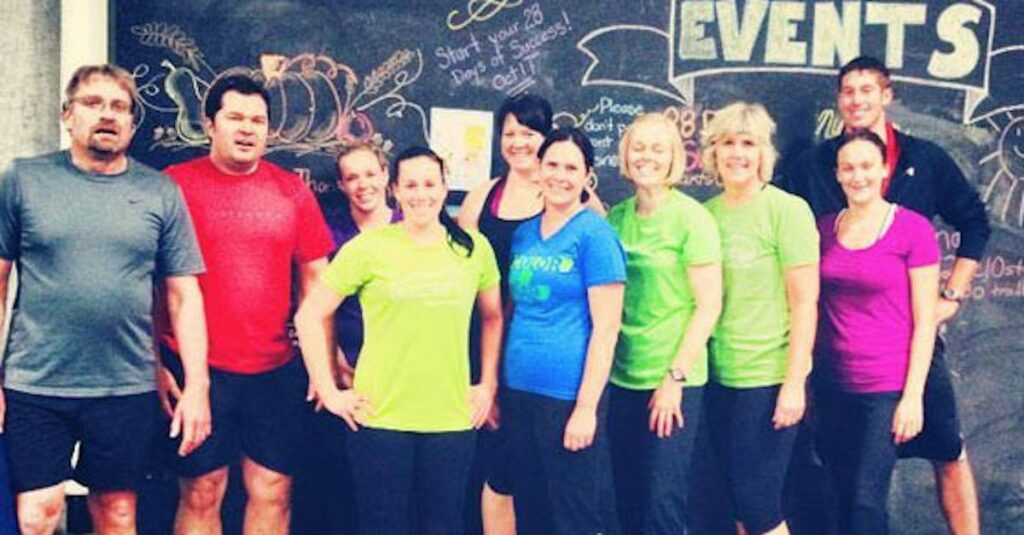 In Autumn 2011, Tanja Shaw was an independent personal trainer with about 30 clients.

“Without NPE, I would probably doing like one-on-one personal training with clients and teaching some boot camps,” said Tanja. “I would be tied to working all the time … I’m sure I’d be like a fully booked personal trainer because I was good at it.

“But I would not have the freedom to work on the projects that really fire me up. I definitely wouldn’t have had the financial success. And I don’t think I would have enjoyed like that kind of entrepreneurial, like business growth and like personal growth that you get from going down this path and going down this growth process.”

By 2015, she’d hit $192,000 in net profit. Now Ascend Fitness Coaching is up to 300 clients paying for premium fitness services. Gross revenues consistently hit between $55k and $60k per month.

She runs the business now, and her six-coach team does the training and an office manager handle the admin. Tanja focused on making the business better, setting the vision, creating new fitness programs for her clients, and leading the team.

She also has more regular hours. She works hard, but not as hard as she used to. She has more flexibility to work remotely (say, on program creation) and also to just take time off.

“This year, I was away 2 weeks in the spring, and a week in May,” said Tanja. “I was away for a week in July, and I’m away for two weeks in August. I usually take a long weekend.” And last December, she was in Kona, Hawaii for her 10 wedding anniversary.

She has her mornings to take her seven-year-old son, Jacob, and pick him up. “That flexibility with my family life has been just awesome to have.”

The future: Work on special projects that will provide a deeper client experience. It helps that these projects get her and her team fired up, too.

“I’ve gotten clearer with my vision,” said Tanja. “I think in the last few months, it’s really becoming like crystal clear where I want to go with business. I think it’s a product of my own evolution, and my own development of what I’m passionate about.”

It’s not (just) greater numbers for the business, not just “more” and “bigger.”

As with the past six years, she expects NPE coaching to guide her there.

“In business, you don’t know what the possibilities are until you are in a room with other people who are where you want to be,” said Tanja. “Coaches can push you and can drive you and can show you that this is possible and this is how we get there. Sometimes, we get so caught up in the day-to-day stuff that we forget to look up, and grow forward. And NPE has really done that for me.”

“I never want to arrive,” she concluded. “I’ve fallen in love with this journey.”