Pete Cohen – No Sleep And Unhealthy To Great Fitness Professional

Hear motivation speaker Pete Cohen on how he started in the fitness industry.

Pete Cohen
business acumen is something which most trainers just have not got a clue about. And when I found out about NP and found out that were benue, were working for them. I then really started to look at what is it specific that they’re doing. And the great thing is that they really give you a lot of what you need a whole kind of marketing campaign, the whole kind of business information, how to launch your business, launch your ideas, and take it to a point where it becomes a very successful business.

I’m Pete Cowen, welcome to London, the city where I made my mark. I kind of stumbled into the fitness industry, I did my fitness instructor qualification and became an aerobics instructor bluffed my way into university, and eventually started working in the industry. I worked in a health club, like many other instructors, and I wanted a personal train. And I was working in the biggest gym in Europe at the time. And they said, Okay, yeah, you can personal train, but you’ve got to pay us 300 quid a month for the privilege of personal training. That was in 1992, as a lot of money, and I couldn’t do that any personal training in my 45 hours of paid work. So you can imagine, in order to make this worthwhile, I had to work up to 8090 hours a week, I was earning a lot of money. But I didn’t have a life, really, I was very unhealthy, in sleep very well didn’t eat very well. And no surprise What a great health and fitness professional, I was burnt out, I was diagnosed with chronic fatigue, I was diagnosed with me, I was really not in any way, should be calling myself a health and fitness professional. I

was very lucky, very fortunate. I got some help. I’ve got some coaching that allowed me to overcome the fear I had of stepping out and doing my own thing. And I was really pleased that I stepped down did my own thing, because I ended up doing that and building a very successful weight loss program that was bought by a medical insurance company in 2003. for two and a half million pounds. Most fitness instructors would never ever, ever achieve anything like that because they’re frightened. They don’t know what to do. There aren’t many role models, there’s not much coaching for them. But the reality is, if you always do what you’ve always done, you’ll always get what you’ve always got, and people in the industry and really need to start doing things differently, or they’re just destined to, to be fixed victims and just get the same results all the time.

I don’t know any other organization that does what MP does. If I was an instructor going back now, without shadow of a doubt, I would be investing my money in working with them because what they can do for people is give people the expertise, give them the coaching, give them the the the support in taking their businesses on to the next level, helping someone take an idea and allowing that idea to grow into something that is, you know, a business. It’s only through basically learning how to smash the fear that you have and getting some some coaching getting some support that you have had any chance of fulfilling your potential and becoming a fitness entrepreneur. 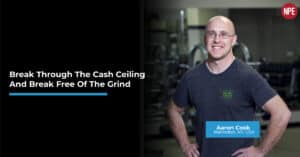 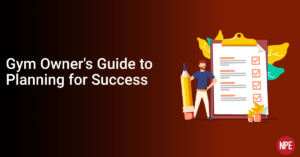 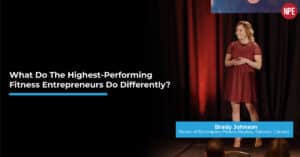 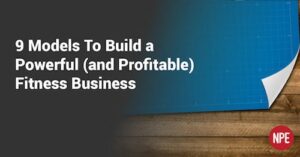