What Do You Push For? 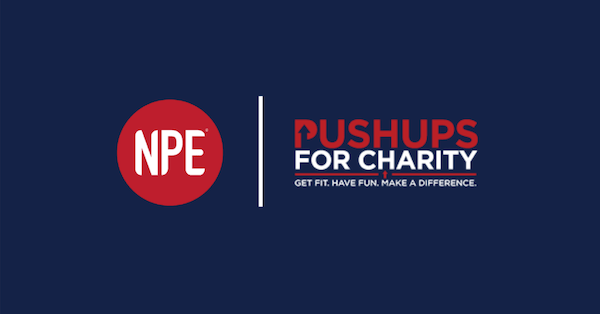 …and also open up the door for you to share a little about what YOU push for too.

Both my grandfathers have played a very influential role in my life.

I continue to become more and more aware of just how much they have (and continue to) impact me as I grow older.

Both were military men.

My dad’s father, Paul Greeley, Sr served as a captain of a minesweeper in the US Navy during WWII.

I have some great memories of him, which I reflect on frequently.

He was ALWAYS chock full of enthusiasm.

EVERYTHING was always “great!”

Inside joke for those of you who will get this reference: There was NEVER an “Ok” in front of that great”… with him it was always  just “GREAT!”

Every single morning (until he was forced to be in a wheelchair… and even then he got creative with pool workouts) he was up and hitting early morning workouts. Calesthetics, pushups, sit-ups, you name it.

At our family lake house in New Hampshire, when he was there, the morning fitness ritual always included a swim in the lake.

Even when that water was FREEZING cold in the 50’s or 60s… he would jump in and get his swim on.

As a little kid I remember thinking, gramps is crazy!

I could go on and on with amazing stories about this man here, but I’ll save them for another time.

My second grandfather, my mum’s dad, was Andrew Garneau.

He served in the army during WWII as well, but played a very different role.

He took care of wounded soldiers.

So many lessons I’ve learned from Andrew too. Probably the most memorable was to always smile, relax, and have fun. I can’t think of a human being that “relaxed and enjoyed the ride of life” more than him.

I NEVER once saw the guy stressed or rattled by anything… EVER!

He was a man of very deep faith (both of my grandfathers were) and was always at peace with himself and the world around him.

And he was an amazing friend to everyone in his life, always sharing and giving back to all.

So the first part of “why I push” is my family. I always want to remember and honor both by grandfathers and their legacy.

The second part of why I push is for the great ideals of Freedom, Independence, and the American Dream… which is also very closely connected to our military and my own entrepreneurial journey.

I am 120% committed to fighting for freedom (in business entrepreneurs are the “warrior class”) and independence… for myself and others.

In fact these are values I believe so strongly in that I’m literally willing to die for them.

But guess what… in business you don’t have to die!

The WORST thing that can happen is you fall on your face, lose your money, and have to start over!

And there are thousands of business success stories that have pushed through a challenge like that and gone onto extraordinary greatness… so there really IS nothing to be afraid of!

SIDE NOTE: Bullets are scary because they can make you bleed and kill you. But money is just paper… so don’t allow yourself to be scared of charging into battle following your dreams in business because of that… ever!

My journey also includes leading other men (and women) to fight for themselves and their own freedom & independence as business owners.

So I push for all of THEM… and for YOU!

NOTE: John Du Cane likes to call me “the great helmsman” for the role I play in taking the helm of the ship, and leading others through storms and avoiding shipwreck to make it to the the promise land (kinda like my grandfather the Navy Captain).

Lots more on this topic for another time… a good bit of which will be revealed at MEGA TRAINING this year in John’s “You as Hero!” presentation and my presentation on Leadership.

To give back and say thank you

The third reason I push is to give back and say “thank you” to ALL of those who have served and fought for the same values and country I love.

I have chosen a different path in my life to pursue business rather than a military career (as kid I also flew planes with my Uncle who was an Airforce C-130 pilot, and then at one point looked at attending Annapolis when I was in high school).

But I NEVER forget that the only reason I’m able to enjoy the freedom and independence I have as an entrepreneur and American citizen today is because of the many generations of great men (like my grandfathers and other patriots) have laid down their lives for us.

I have tremendous gratitude for the debt we owe our forefathers.

I hope in some small way I can honor all those who serve and have served our military with my efforts and contributions through Pushups For Charity, now serving on the Operations Board for the Boot Campaign, and the other projects I get to play a role in.

What Do You Push For?

I think one of the MOST important things you can do for yourself as an entrepreneur… and a human being for that matter… is to really get clear about who you are and what you push for.

Part of that may be wrapped up in your family history and people who have played an influential role in your life.

Part of that will include the core values and causes you believe firmly in and are committed to.

And it will include the vision you have for your life and ultimately the legacy you’d like to leave behind when you’re no longer here any more.

What do you push for?

What (if any) connections to you have to a life of service and/or the military in your own life or family?

What gets you out of bed in the morning and what are YOU fighting for?

Please add a little bit to the comments below.

You ADD to your own personal power and confidence when you share your story with others. 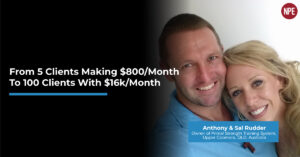 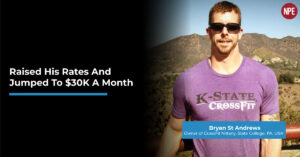 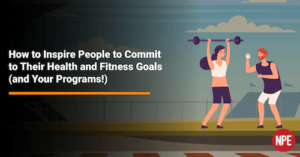 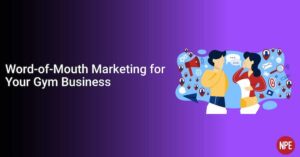