Justin Emmons knows what it feels like to struggle with weight.

In elementary school, he was obese and picked on relentlessly. In middle school, he hated his body so much that he considered suicide. And in college, Justin started looking into exercise and nutrition. He dropped 25 pounds of fat and realized that he could help other people do the same.

“When I was in Texas, they didn’t even want to hire me because they didn’t have enough clients to go around so I said I’d get my own clients. Within a year, they offered me the Director of Training job there.”

But it wasn’t the right time for Justin. Instead, he headed to the University of Oklahoma to get his master’s degree and work with their football program for two years. In his spare time, Justin trained a woman who won Miss Oklahoma and participated in the Miss America pageant.

Shortly after, Justin stumbled across CrossFit and felt like it was in line with athletic performance training. In 2009, he decided to open up a CrossFit gym as a side job, which quickly turned into a full-time position. He started with 3 clients in an 800-square-foot space and within 3 months, the business grew to 30 clients. 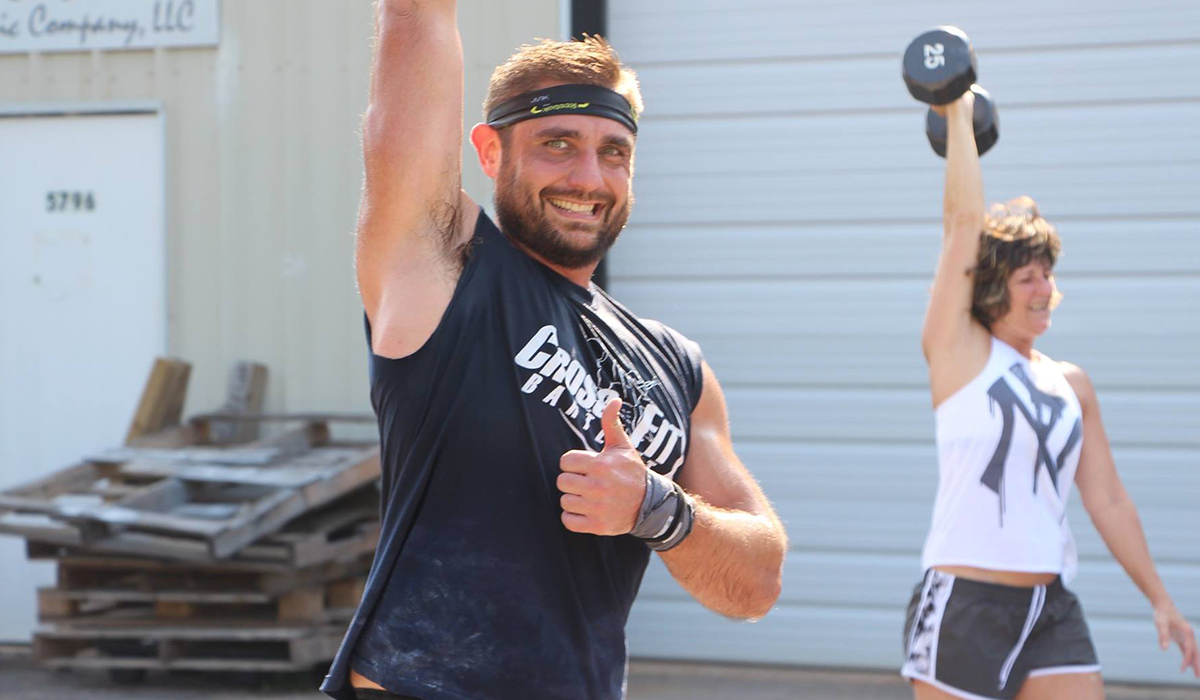 Although Justin could get his clients awesome results, he had zero idea of how to run a business or lead people and knew he needed help.

“I worked with a business coach before, specifically for CrossFit gyms, and I did quite a bit of stuff with him for years. He taught me the basis of business and got me to a certain level and then I felt like I needed to go to another level.”

When Justin came across NPE, his business was already doing $20K of revenue each month. In June 2015, he joined the NPE ACCELERATOR™ program and started getting on calls with his coach, who gave him two suggestions that made a massive difference in his revenue.

The first issue that needed to be fixed was Justin’s sales process. When he had a consult with prospects, Justin would have them come in for a workout, but that scared them off.

“My coach was like, ‘You’re selling a solution, not a workout.’ And that made sense. So we created a sales presentation and started closing exponentially more sales.”

Justin also thought he was struggling with leads. He told his coach that his six-week bootcamp was doing pretty well and they had about 30 people coming in every time, but they didn’t have a lot of other CrossFit leads – only bootcamp leads.

“He asked how many leads I was converting and it was only five or six. He said, ‘You have a conversion problem, not a lead problem. You have 30 leads standing in your gym. Are you doing the sales consults with every one of them?’ And I was thinking why am I not doing that?”

Justin took his coach’s advice and started closing at least half of the bootcamp leads, which paid off big time. They began putting in 15 brand new clients at $2,500 a contract – that’s $40k in revenue over a 12-month timeframe every 8 weeks.

Once Justin fixed those issues in his business, things started to take off.

“Those two suggestions alone made probably a $70k difference in our revenue over the year.”

In January 2016, Justin decided to #RiseUp and join the NPE Coaching ACADEMY™ Program. He attended NPE Coaching University® where he went through all of the numbers in his business and created a plan for the future.

“It’s aggressive but achievable. If we hit our goals in 12 months, my business will be doing over $1 million a year. I’ll be taking home $10k a month, and we’ll have a GM taking home $70k a year. I looked at the plan and was like, ‘Oh this is actually achievable.’”

But Justin isn’t only driven by financial success. He’s working hard to grow his business so he can have more freedom to spend time with his family, which he’s been missing out on recently because CrossFit Bartlett has experienced exponential growth. 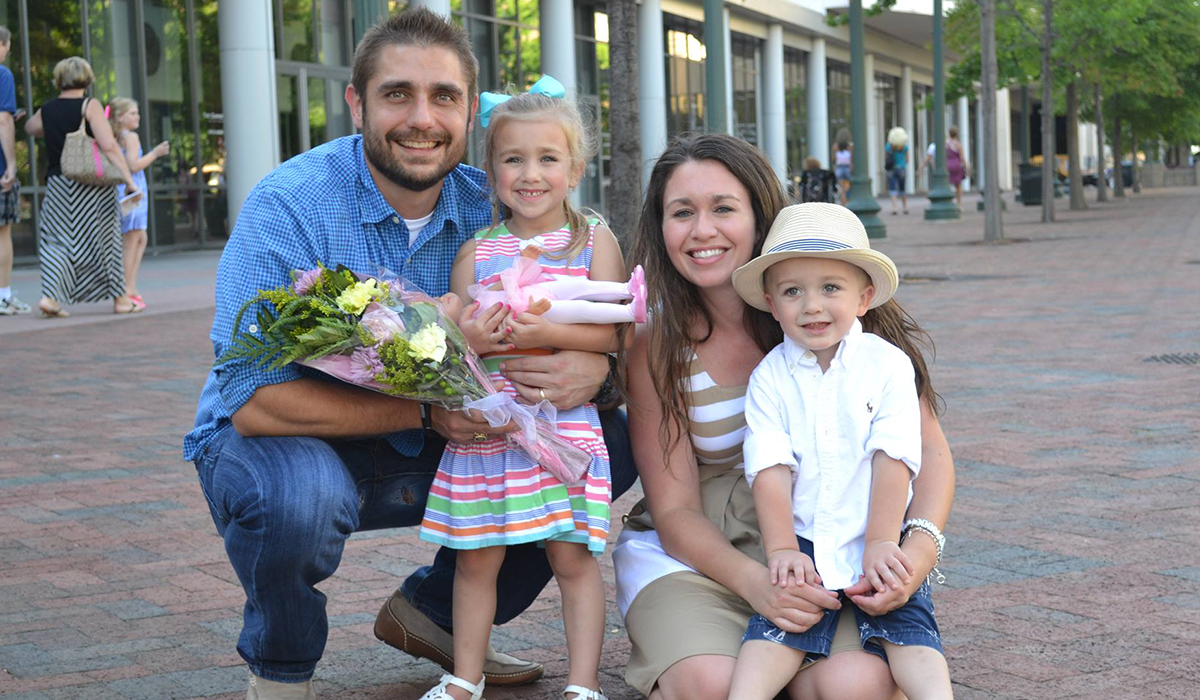 Justin works to provide a better life for his family

Justin has been using boosted posts on Facebook to drive leads to his bootcamp – and they are CRUSHING. The bootcamp is six weeks long, and has an enlistment day and graduation day, which he videos to feature in the ad. They release the enlistment day video during the third week of camp and run that for five weeks, and then they make one for graduation day, which runs for two weeks.

“We get anywhere from 500 to 700 leads from that. Literally the phone rings off the hook. We couldn’t keep up. I would have to stop the ad and have my girl catch up on the calls.”

Justin spent $380 on the last boosted video ad, which generated a whopping $40k in revenue and had a reach of over 36,000. It had 909 link clicks, 23 page likes, 264 post likes, 35 comments, and 15 shares – just on that one post. Plus it increased their number of bootcamp clients significantly.

But Justin knows the content of his videos is key to his advertisement success.

“I think so many people make mistakes now of putting up booty pictures and these sexy six pack ab people. But when you have people that are 60 pounds overweight, they can’t even make that connection. That will never be them but when they look at our video, they think, ‘Oh my gosh. These people are just like me!’”

Since CrossFit Bartlett recently lost a full-time coach who was working 50 hours a week, Justin and his other full-time employee are taking care of approximately 200 clients. They’re in the process of hiring an admin, which would help them pass off some responsibility and keep up with all of their leads.

Although Justin is working crazy hours while they search for a new staff member, he’s continuing to take action to achieve his plan.

“I worked with a different company before and there were some systems in place, but it wasn’t like, ‘This is where your margin needs to be.’ Now we’re looking at the whole fitness market and these are really good, sound business systems. Every process is thought through. It’s higher level stuff.”

Over the next 15 months, Justin has a plan to hit a million dollars a year in sales. But he’s also working on his ultimate vision to create his own brand of fitness and help a million people reach their fitness goals.

Although Justin is juggling a hectic schedule, tackling major goals, and growing his fitness business, he’s not losing focus on what matters most: getting his clients results and creating an environment where everyone can feel comfortable training. 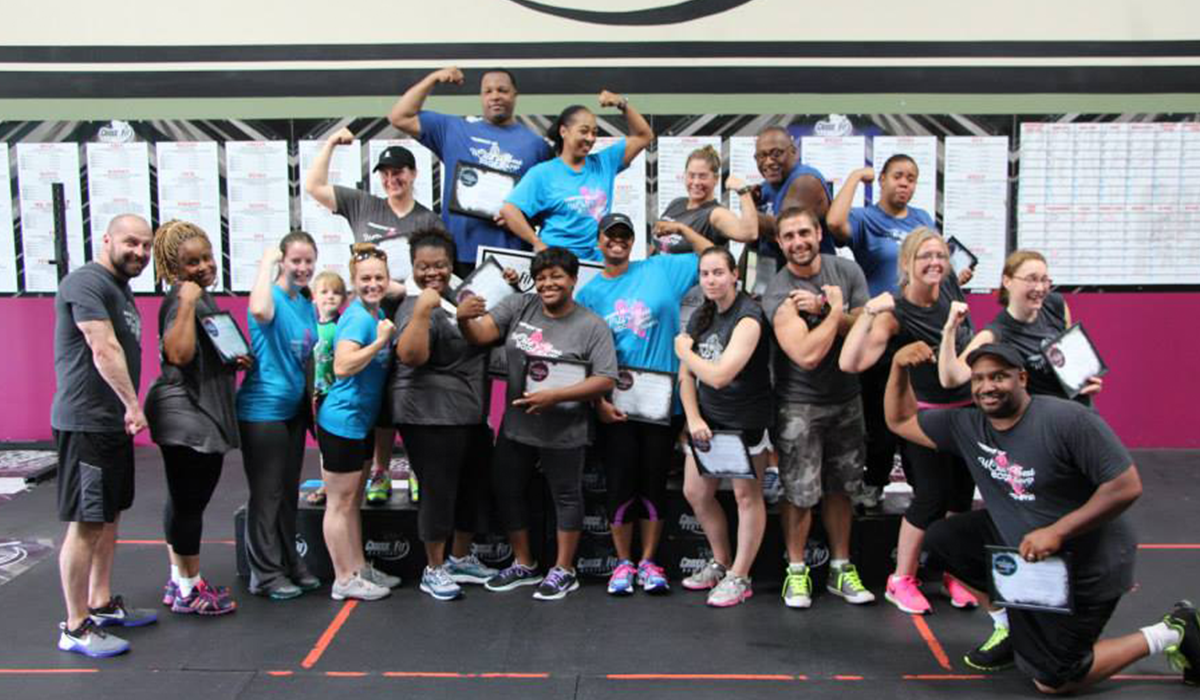 “We had a guy join yesterday who can’t remember a time in his life when he was under 300 pounds. So we’re going through his consult and he’s crying because he flew to Las Vegas with his friends and couldn’t sit with them on the plane. They had to move him to a different seat and give him an extra seatbelt. Those people are scared to death to come into any gym period, and we’ve gotten to a point where they’re comfortable enough to come to a CrossFit gym. Those are the people we want to have the most effect on.”