For Amber Budahn, life is good.

She’s a new mom, owner of a successful fitness business, and has the freedom to stay home with her family.

But it wasn’t always that way.

After earning her degree in Chemistry and Biology (she was initially interested in joining the medical field), Amber transitioned into the role of an Olympic athlete.

“I was a track and field/ cross country athlete in college. I got into the sport of race walking. I had the opportunity to train at the Olympic training center. So I thought ‘Hey, instead of pre-med I’m going to try to be an athlete full time.’ Then I realized that being an athlete doesn’t always pay the bills.”

She always had a passion for fitness so she took a job at a local YMCA doing equipment orientations. While there, Amber saw some people doing personal training and thought “I could do that!” and got certified as a personal trainer.

She moved back to her home in Wisconsin and started working at a Bally’s Total Fitness. After two years, she became an independent trainer working out of a local high school gym.

“Then I opened my first place, which was fun, cause it’s kind of ballsy. I’m gonna go big or go home. I was in a big 3,500-square-foot facility, and I had no idea what I was doing. So I ended up closing that business after a couple years. I was like, ‘I hate this, I hate fitness.’” 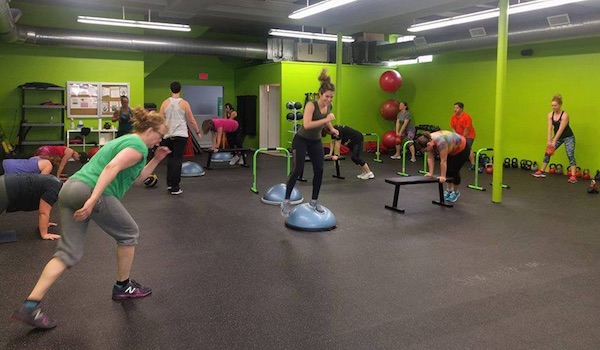 After about a year, Amber started training boot camps, and decided to take another stab at personal training. She had some moderate success, but was having a lot of the same problems.

“I fired my first employee and I was like, ‘Man, I hate this again.’ I’m working all the time. I was thinking I was never going to have a family. These things aren’t going to happen for me.”

Around the same time, she received a flyer from NPE.

In 2011, she signed on to the ACCELERATOR™ program. She had a strong background in health, but needed to learn about the business side of things.

“I never missed a study hall. I was always in them to make sure I got extra help. I just love how step-by-step it was. At that point in the game, I needed basic education. I needed worksheets, accountability, I needed all that.”

Her dedication paid off big time and she immediately made huge progress in her business. Before she joined NPE, Amber was making $8K a month and through the ACCELERATOR™ program, she was able to double that number.

“I actually became a business owner. I was trying to be a trainer, trying to do all the different jobs. With my background being in science, it was all about the education of how to run the business. That’s where I’ve grown the most.”

ACCELERATOR™ helped Amber make some huge changes, but she knew that she could go even further. After she finished the program, she knew what she had to do.

“I got through ACCELERATOR™ and it was a no brainer. I had to get into the NPE Program.”

In NPE Coaching ACADEMY™ Program, Amber honed her marketing skills and developed into an even better entrepreneur.

In 2014, Amber opened a new studio and the business was crushing. But she just didn’t have the staffing part of her business down and quickly got so short staffed that she was working 16-hour days.

With the help of her coaches, Amber was able to get this straightened out, hired and trained the right people for her business, and is proud of the team she’s created.

Her revenue also showed huge improvement, going from $16K a month to over $30K! Last year, Amber decided the time had come to #RiseUp and become a NPE Coaching PRO MASTERMIND™ Program.

“I was on the fence – ACADEMY™ Program wasn’t enough anymore but I wasn’t ready for PLATINUM™ Program. I was pregnant… is this what I do? It was the best decision. NPE PRO MASTERMIND™ Program is the next level I needed. The conversations are different, the atmosphere is different. These people are really playing the game at a high level.”

For Amber, the NPE community is a huge driving force behind her success.

“I need that network. As a business owner you feel isolated. You need to be around other people that think big and challenge themselves. I need that great group of people that I could reach out to and look up to.”

Amber’s business has continued to grow, and her revenue has exploded to $45K a month! Through all the ups and downs, Amber has come out on top, and both she and her business are stronger than ever.

“I feel confident in saying we are the best in the area. We are the best. It’s hard for anyone to compete with us because of our amazing schedule, because we have eight staff members, our private training, and the amazing equipment. You can’t compete with what we are doing. “

Now, the future looks bright and Amber loves all the benefits that owning a successful fitness business allows.

“Because of NPE’s help, I have a great team and a lot of lifestyle advantages now that I can get out of the business. I want the freedom to be a stay-at-home mom and work a little in the business. Being a successful entrepreneur allows me to do that, while still getting the financial rewards.“ 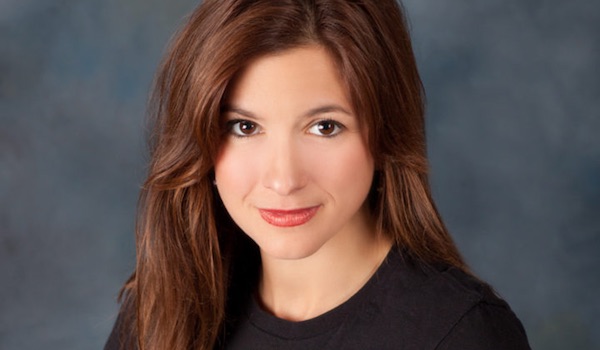