Yani and Rad Burmeister - "Debt and Taxes: How Two Brothers Brought Their Gym Back From The Brink"

A little more than a year ago, two brothers sat in their gym’s office with their NPE coach and Sean Greeley, trying to decide if they were done. They owed back taxes and had incurred heavy debt from previous overspending.

One brother wondered if he would ever lead the company to profit. The other had concerns about the personal impact. Like a lot of people “in the arena,” they had a track record of success, but had also faced fierce challenges. They were wavering …

Yani and Rad Burmeister are brothers at Unity Gym, North Sydney, Australia. The dream probably started when Yani fell off a horse as a boy and broke his back. He grew up with a lot of pain and discomfort. Though he had worked with some good trainers back then, as well as a myriad of physical therapists and chiropractors, he had suffered pain into adulthood.

No one had really taught him how to exercise to manage the injury. As an adult, he ran into a friend of Rad’s, a C.H.E.K practitioner, who gave Yani a series of exercises and movements. “For the first time, I was able to overcome my injuries,” said Yani.

Excited about the impact fitness can have on people’s lives, the brothers started talking about becoming personal trainers. And once they had decided to do that, they knew they wanted their own gym. First, of course, they’d have to spend a few years at other people’s gyms to learn the personal training craft, build networks and raise capital. Then open … 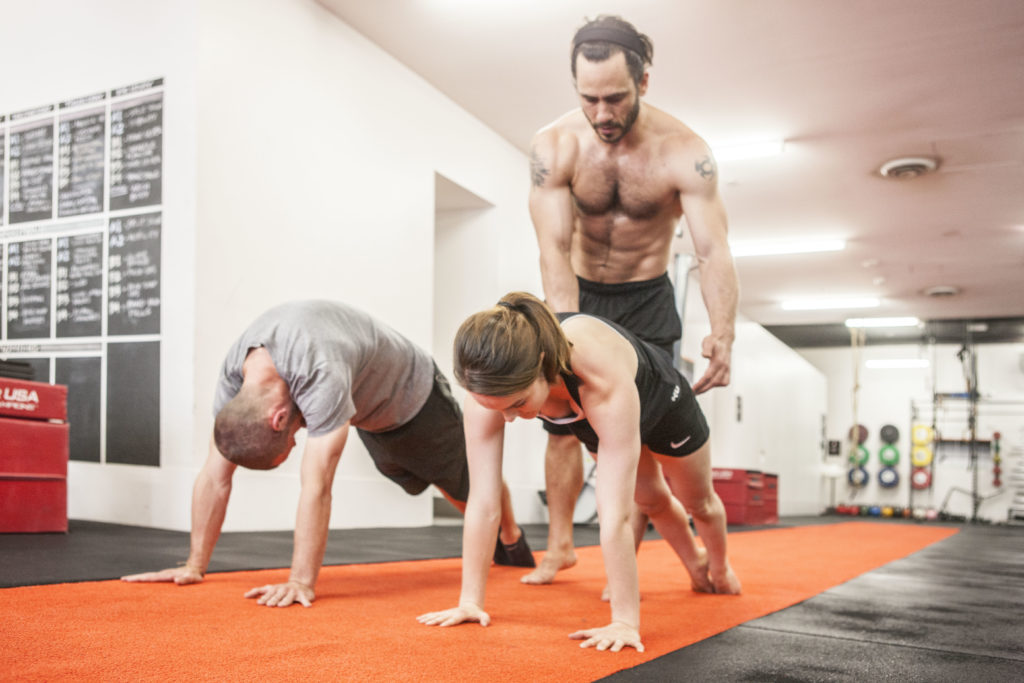 A few years turned into 10 for Yani. His income was inconsistent. Rad in the meantime went into the Australian military. The dream was deferred again and again.

In 2010, half out of desperation, Yani attended a MEGA TRAINING™ event. Impressed, he signed up for AUTO-CLOSER®. His newfound sales skills stood out in the gym he was working for, and soon he had the income and systems in place to employ other trainers. By 2013, Yani and his brother were ready to open their own gym.

They opened a beautiful facility with great equipment. Granted, there were 16 gyms within two kilometers (now it’s 22), they felt confident that the quality of their facility and their success at sales would pull them through. They even joined the NPE ACADEMY™ program. But, Yani admits, he likes to “reinvent the wheel” and did not “follow the dang instructions” his coach offered.

Thus, Unity Gym had lots of power lifters coming to the gym paying $12.50 a week. They were driving in sales and top line revenue (but not much). Their income didn’t come close to covering debt payments on equipment and facility and operating the business. Effective systems were not in place for marketing and finance. Then the tax man came around and presented a hefty bill … and they wondered if they could dig out of this hole. Or even wanted to.

“We were considering giving up the business and declaring bankruptcy,” said Yani. However, NPE CEO Sean Greeley was in Australia, and Yani and Rad sat down in a crisis meeting with Sean and their NPE coach to decide what to do next.

“They brought us to the edge,” says Yani. “They said we could either jump off and pack it in. Or we could take a step back, dust off our shoulders, and take another run at this mountain–get profitable once or for all.”

“It was make or break. Rad and I are tough, but we were really beaten down and I started to doubt my leadership ability and thought I’m really failing to lead this thing into profit.”

NPE offered an action plan. Do exactly this, in this order, with these priorities, this way, point by point. (In other words, this time, follow the dang instructions.)

“We both responded very well to that,” says Yani. “We came out very motivated and made a definitive choice to push on with it.”

One first step was to change their niche and move away from $12 a week clients; in their case, their avatar is now a corporate professional who spends a disproportionate amount of time in a chair every day. “There’s a ton research that shows that improving physical performance improves career performance,” says Yani. “Mostly, we target people who have a dysfunctional adaptation to the chair.”

The brothers improved scheduling. “Our trainers were just wrecked,” says Rad. “Most of our team were working from 6 am until 8 pm, but maybe only getting paid five of those hours on a good day.” They also worked seven days a week. Now the gym only offers supervised training on Monday through Friday, and it’s scheduled in specific blocks. “This allows us to create a two-shift roster, where a trainer either does the morning shift of the evening shift. That gives all of us much more consistency in our lives and much more personal time,” Rad said. 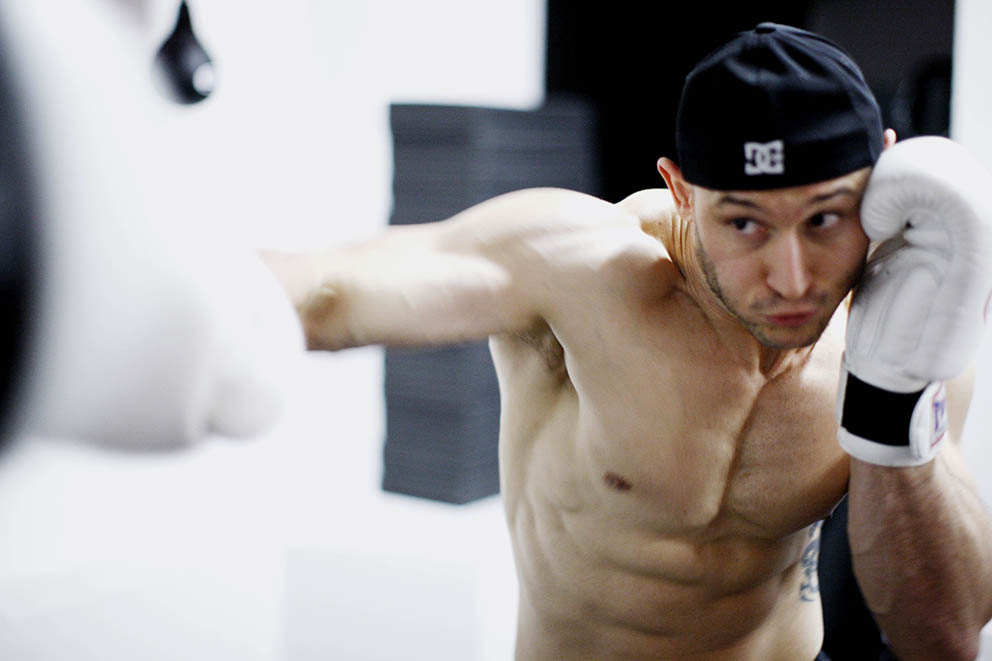 Also effective: NPE Program done-for-you marketing campaigns. December is traditionally a down month for the gym, but the NPE Program provided them with a marketing campaign outline and templates to run with. “We jumped on the holiday campaign two weeks late and still pulled in $66,000 in new sales from it, which is the best we’ve ever done in December by far,” Yani said.

“Having a coach there and a community to bounce ideas off of to make sure you were focusing on the priorities that move you forward, as opposed to distractions that keep you spinning your wheels,” says Yani.

“The guys from NPE have often stepped in and pointed out that what we were doing was not going to work and having that community and coaching around you to bounce ideas off of has been a huge element,” says Yani. “But also seeing other people going through the same process and seeing that what you are doing is not that wrong, it’s just a question of sticking it out and staying focused and practicing faith …

One of the biggest breakthroughs: They were giving away a free three-week trial to their gym. “We had a lot of leads and very few conversions, lots of tire kickers, people not interested in paying our premium prices,” says Yani. “Sean suggested we charge for the trial and expand it to a 30-day trial. Sean said research had shown that 30 days is the point where people have spent enough time with you … you can build good rapport with them … deliver a few small wins … and take them over the line for a big conversion.”

They transitioned to that and now that 30 day trial at full price is a steady revenue stream in itself. They’ll make $25-35k on just that and they get a higher quality lead. “Right now our conversion rate is 62%,” says Yani. “Our goal this year is to get it to 75% of those trial buyers.”

Other steps: Continuing to scale recurring revenue, and improving the coach’s sales skills.

The gym’s had record sales–Unity Gym almost topped $100k in March ($98k) with over $35k profit to show for it. The first quarter total revenue was $227k with $56k profit. They are on track to pay off their debt in about a year. The tax man has been paid off.

They have a strong niche of customers willing to pay premium rates. Even though there are now 22 gyms within two kilometers, they don’t compete on price with them. And the business’s systems free up the owners from intensive day-to-day operations.

In his spare time, Rad trains several hours a day–“as much as humanly possible,” and spends time with his fiancée.

Yani has taken more vacations than in the past and loves to spend time with his family. 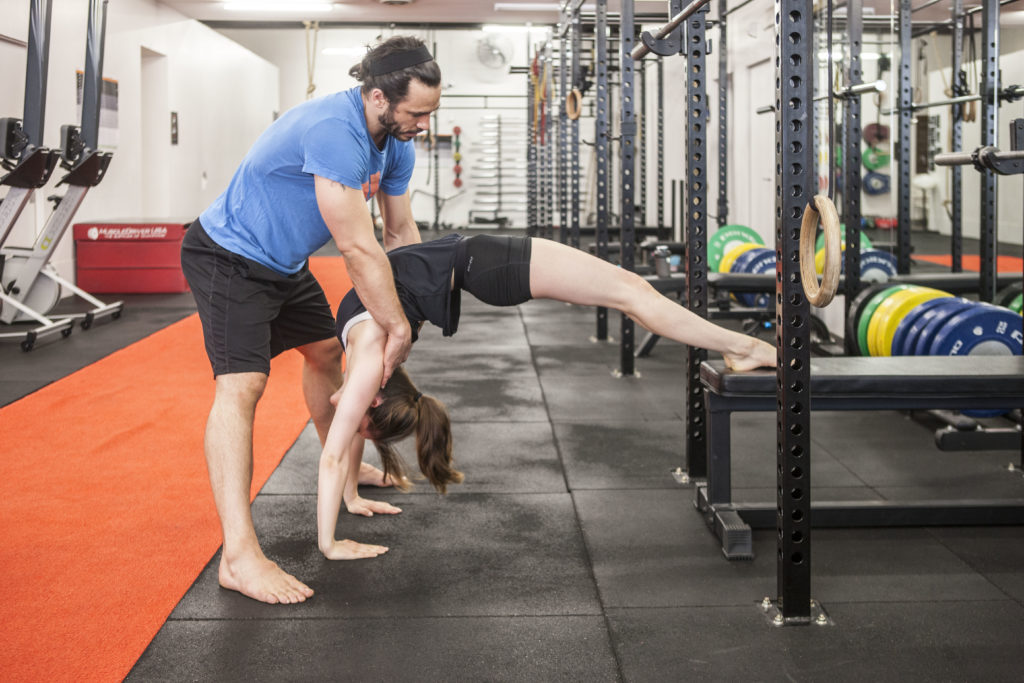 Rad in the middle of a training session

“I have the time and freedom and flexibility to take my son to daycare every morning and pick him up in the evening. I spend much more time with my partner, Kaliesha, who also works with us,” he said.

On the business side, Yani focuses more on producing marketing content—ad campaigns, email sequences and website updates. He does some filming for video blogs to increase reach and generate great leads. He’s blocked out three hours a day for innovation–spending time to think about scaling Unity to 100 facilities in the next 10 years. And he’s developing personal-trainer systems software.

“I still work long and hard, but my work is something I thoroughly enjoy and it fulfills me,” said Yani.